Formula One world champion, Lewis Hamilton, is considering a career in music industry by collaborating with Canadian rapper, Drake, for a new music project, since the two of them have become really good friends.

“Drake and Lewis have become really close, which is why Lewis ended up modeling his clothing line for him” a source told British newspaper The Mirror. Things are quite simple, Drake is a huge fan of Lewis’s racing and Lewis enjoys the music that Drake produces. In addition to this, it is already known that Lewis has a close relationship with other musicians as well and one good example is his girlfriend, Nicole Scherzinger, the former Pussycat Dolls lead singer, as the two of them have been together since 2007. 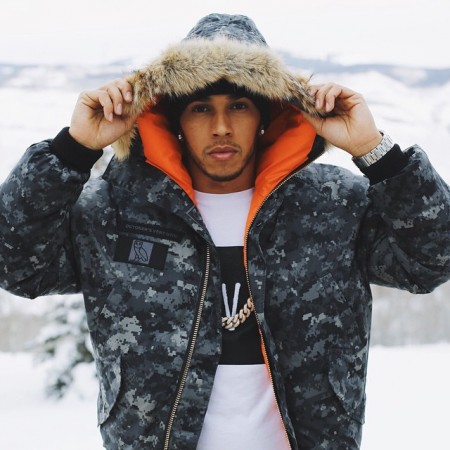 Last year, Lewis Hamilton said that his desire is to focus more on his hobbies. According to Daily Mail, after he won the US Grand Prix in November last year, he said that “A lot of drivers come back in commentary, but I have different plans and aspirations. It’s about positioning myself so when I stop I have something to continue with.”

Furthermore he admits that he will feel the desire to get back in the car sooner or later, because he has been racing since he was only 8 years old. “At some stage, when I retire, I’ll have something that I’m really interested in that is a substitute for racing. So that’s something I want to start working towards.”

It may come as a surprise but Hamilton has already recorded about 30 tracks and he has even built a music studio in his home.  On the other hand, Drake, the 28-year old rapper owns a record label called OVO Sound, currently distributed by Warner Bros. Records. But Drake doesn’t stop here he also tries his chances in other businesses such as designing clothes. As you can see from the picture above, Hamilton even posted a couple of pictures with the OVO coat that he got from his friend.