Jonathan Brown. An expert in neuroscience. And an expert in matters of art. He is an art dealer and a neuropsychologist, always on the run. He’s got a solid travel partner, as the Mercedes G-Class keeps him company.

His journey began in New York, under the protective wing of a famous neurologist, Oliver Sacks, after having tought at both Columbia University and Harvard.

Worn out by the hectic New York, he moved over to the „City of Angels”, where he now manages LEADAPRON, a shelter for the art, a hodgepodge of rare books and one of a kind artworks, all available for purchase.

He grew up being a hustler. Always selling something, always with his nose in books or going to antique shows. He found working with booksellers as a rookie in neuroscience very romantic.

Widely intereted in ideas, in promoting them, in preserving them, he magnetized those who were like them. A way to keep the culture alive.

15 years in neuroscience and then bang! His interest in theater cut in. He had got a job in psychiatric hospital in New York and ended up working with Oliver Sacks. He was interested in brain, but also in poetry of the brain, that he expected to shed light on the human condition. „It is a marriage of art and science. That mixed my theater background and a love for beauty and aesthetics eventually led me to being a dealer. It was the perfect school of life training for what I do now”, he tells.

New York was too effervescent for him. The lifestyle was too much of a cliche. He gave that up for the balmy evenings with night blooming jasmine of California. „In New York, you don’t have time to think about it or explore your options. If you don’t make up your mind, New York will make up your mind for you very quickly”, he says. And so he packed his things, took his family and his Mercedes-Benz G 550 and moved to the opposite coast. 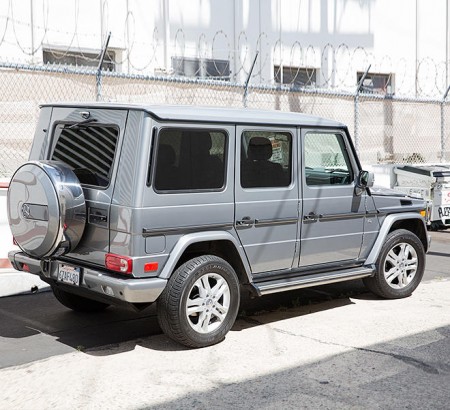 „The car has a robust, auster power and elegance to it that’s classic and timeless. It feels very masculine.” He says he loves the space, the roar of the engine, as it activates his five senses. He also finds it useful for his business, as he occasionally carries books, paintings or furniture, but it is also a fortress for his family. His friends were totally shocked when he moved from the East to the West Coast: „I feel like Los Angeles right now is like the Acropolis 2,000 years ago. We’re living at the helm of culture. It is a dream factory of the world”, Jonathan Brown confesses.