The concept of the future Smart electric SUV is the first fruit of the collaboration between Geely Holding and Mercedes, an agreement signed in December 2019. Smart Concept #1 was presented at the Munich Motor Show (IAA) and will be available from 2022.

The new Daimler CEO, Ola Kallenius, decided to make all series of models profitable and those that were not profitable were stopped (see X-Class, S-Class convertible/Coupe). The smart brand also has continuously lost money since its establishment more than 20 years ago.

Thus, Geely provided the SEA electrical platform and the production plant in China. Through the partnership with Geely, Mercedes wants to transform Smart from a brand that is based on a single model (fortwo/forfour) into a brand with a wide range of models. And the adventure begins with a compact SUV. 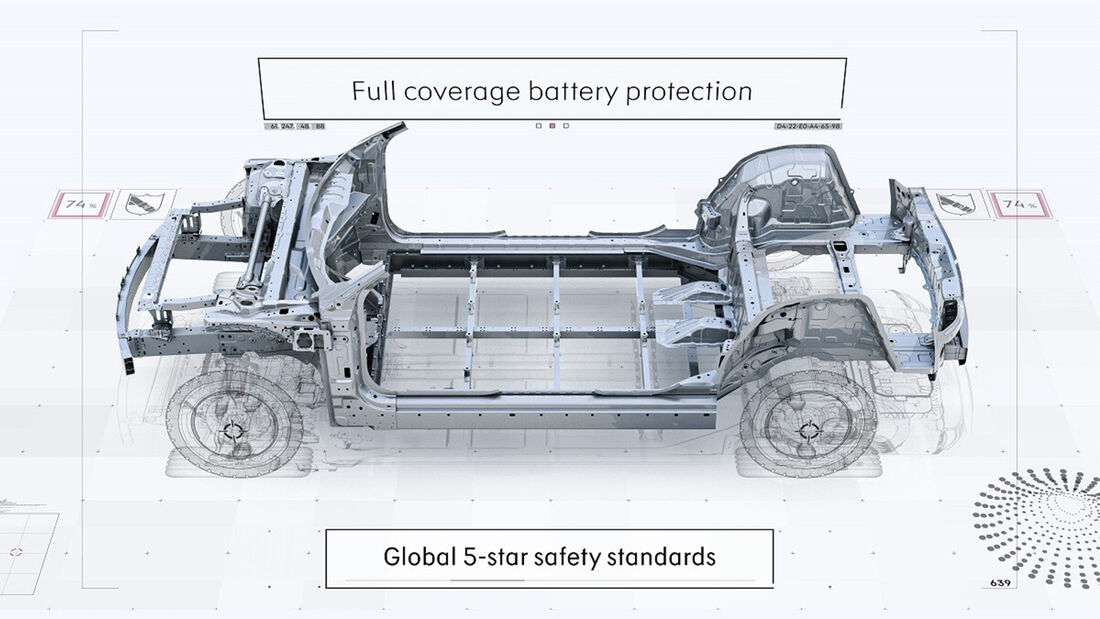 The name is still a number: Smart Concept #1

The concept of the new SUV does not have a name but is simply called Smart Concept #1 and Smart declares that it is very close to the final form of production and will be available from 2022. With the internal code name HX11, Smart full electric SUV is based on Geely’s SEA platform, is over 4 meters long, has 5 seats and will be the largest model in the range. The SUV is powered by an electric motor of about 250 HP that drives the rear axle and the estimated range WLTP is 440 km. The battery will have just under 70 kWh.

The concept presented at the IAA is painted in white and can be immediately recognized as a smart. “We got the typical smart look, but made it a lot cooler,” says Gorden Wagener, Chief Design Officer of the Daimler Group.

With a length of 4.29 meters, a wide width of 1.91 meters and a height of 1.70 meters, the Smart electric SUV has the format of a small class SUV like Renault Captur or VW T-Roc but is significantly wider. The dedicated electric platform allowed to obtain a generous wheelbase of 2.75 meters.

The roof makes us think of a baseball cap that starts from the rear pillar and extends to the top of the windshield. The rear doors open in the opposite direction and have no window frame while the central pillar is missing. Also, the door handles are hidden in the body. A novelty is the smart logo on the rear pillar. 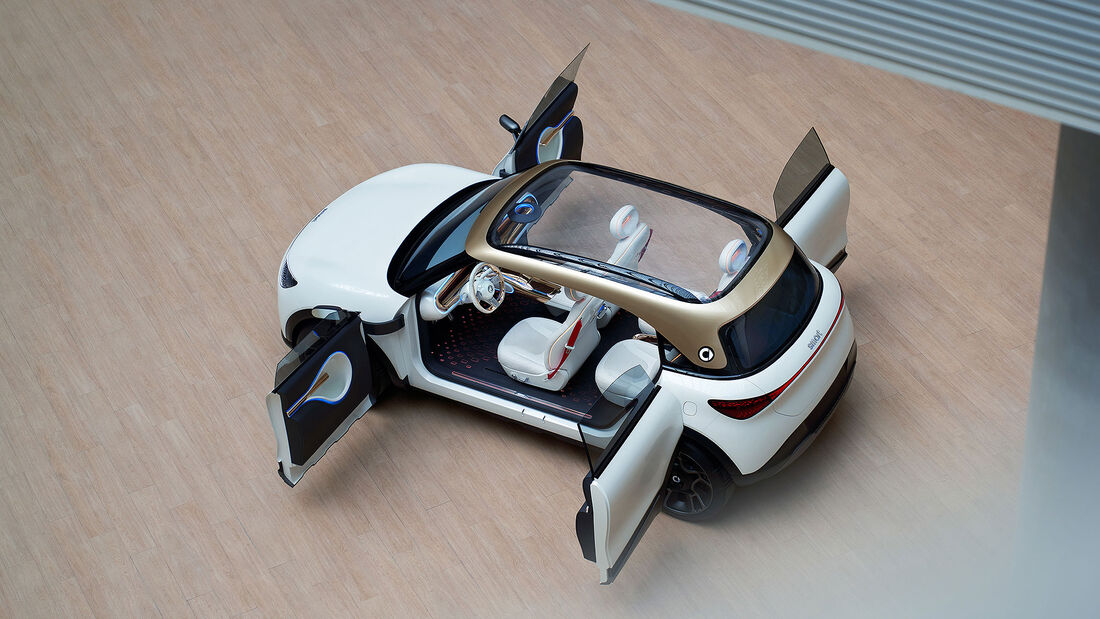 In series production we expect the doors to be conventional and to have a central pillar. The sills and arch wings are protected by a black plastic. Concept #1 runs on 21-inch wheels with 255/40 tires. The radiator grille is illuminated and the headlights and taillights use small triangular LED elements.

The concept has a noble configuration with 4 individual seats but in series production there will be a classic bench. The center console is aerial and continues directly with the middle tunnel. The centerpiece is the 12.8-inch stand-alone display of the multimedia system. A three-dimensional globe serves as the central menu item. An animated avatar helps the user to navigate through the menus and functions.

The smart SUV will be produced in China but will also be sold in Europe from 2022. Later, a new generation of smart fortwo will follow.