The Mercedes-Benz is a thoroughbred racing car built by Mercedes and AMG for homologation requirements imposed by the FIA ​​GT Championship in 1997. A limited edition street version of the Mercedes CLK GTR was in fact necessary in order to be allowed on the track.

However, the buyers of this 320-km/h super sports car did not get the V12 engine (5986 cc displacement, 631 HP) of the race car derived from the M 120 with dry-sump lubrication and other optimizations such as titanium connecting rods and valves. Instead, the production vehicle was equipped with a 6.9-litre V12 series engine of type M 120 rated at 612 hp.

Even though the FIA GT1 class was cancelled for 1999, Mercedes was obliged to finally deliver the required 25 road cars according to the rules of the competition. In the end, 26 cars were made in total by AMG at the Affalterbach factory between winter of 1998 and summer of 1999 and only 6 of them were roadsters. So, the most exclusive limited production Mercedes-Benz is the CLK GTR Roadster.

The roadster version is slightly different from the coupe version. The engine cover was redesigned and, behind the seats, there are two integrated roll-bars, that have a double role for safety and for increasing the rigidity of the body. The front grille is different from the coupe, having the Mercedes star in it instead of the placing above the bonnet. 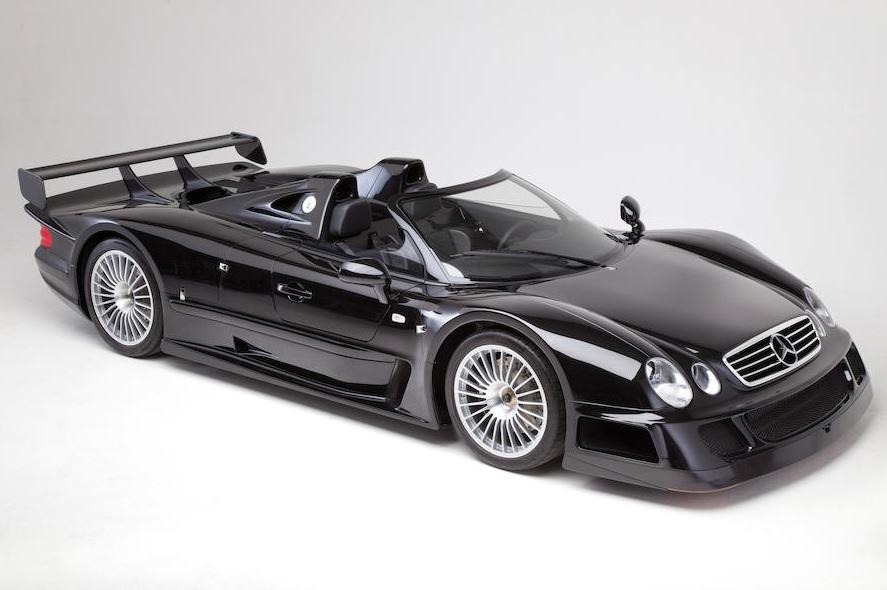