This Surely Costs More Than 50 Cents

The rapper 50 Cent gave his son, Sire, a motorized present for his 2nd birthday. The kid got a mini-Mercedes ML that looks pretty much like the giant in his daddy’s garage.

Like father, like son. The American rapper Curtis James Jackson picked the mini-vehicle himself. The Candy Shop hit maker apparently paid $1 000 to give his little Sire the customized miniature ride. His dad’s car is one hundred times more expensive. 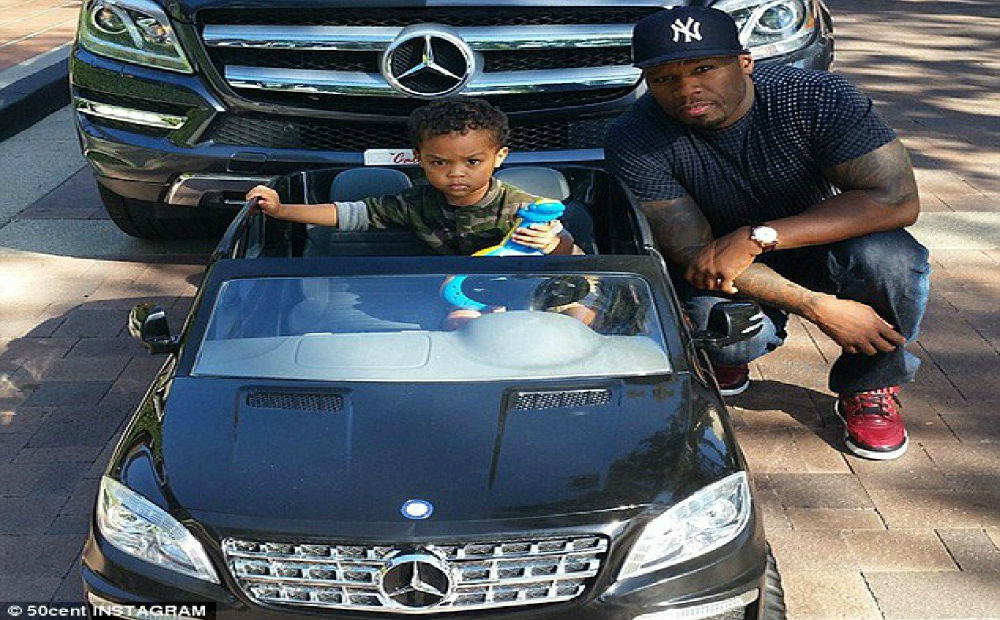 The convertible mini-SUV has real doors, chrome details, all foot pedals are functional and so are the lights and the horn. The top speed of the toy-vehicle is 5 km/h, so it is not going to be a magnet for radars.

50 Cent is not the only proud father who wanted to see his son in a Benz. The Turkish soccer star Nuri Sahin, playing now in Borussia Dortmund, bought the same toy-car for his son last year.