Nobody would pay 300 000 euros ($334,000) for a Mercedes that is too old to be new and too new to be a classic. But things are totally different if it comes with the celebrity factor. This rare Mercedes-Benz SL Roadster belonged to none other than the 7-time world champion Michael Schumacher.

And Michael Schumacher could not have chosen just any Mercedes to cruise around Monte Carlo, his former residence. It is a 1986 560SL Roadster, was highly customized by AMG. The changes were made upon the world champion’s request.

It features a 6.0-liter V8 engine, after the Mercedes powerhouse replaced the original unit under the hood. The 300E 6.0 facelift had the same heart, with 385 HP. Only three such models were built, which makes it awesomely rare! 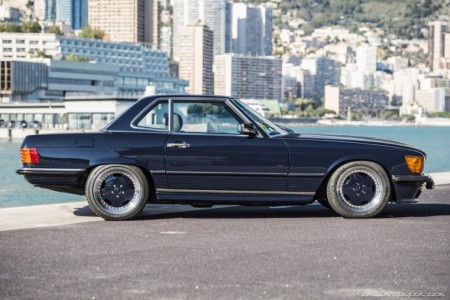 The car ended up in the garage of Pano Avramidis, the founder and owner of MKB-Power tuning house for the past 28 years and former engineer. MKB-Power was partner of AMG in the 80s. Blue-shade painted wood inserts and seats wrapped in blue weather are a nice diversion from the standard beige interior. 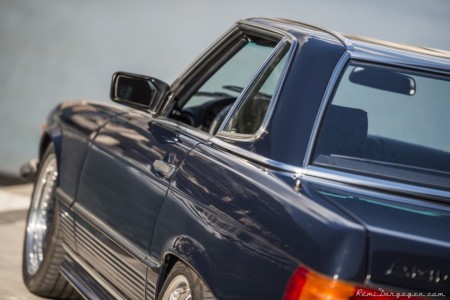 A limited slip differential and the steering wheel of a Mercedes-Benz E55 AMG found room in the vehicle. The car also comes with the documentation to prove that the former Formula 1 star did indeed own it and modified it.

The asking price is of €300,000, the exact amount of money price that Michael Schumacher’s family is paying for the unit care installed in his home in Switzerland. Wife Corinna Schumacher has already sold the former driver’s private jet.

The 7-time world champion suffered a horror crash in December 2014, while he was skiing in Meribel, France. Little is known about his condition, but it has been reported that he is now weighing only 50 kilograms and only has temporary moments of consciousness.