Mercedes driver crashes into a café in Dublin

The driver of a Mercedes-Benz crashed into a café in Dublin on Monday morning, after allegedly mistaking the throttle paddle with the brake one. Luckily, nobody was injured.

People taking Monday morning coffee in Rogers Café in Ballymount’s M50 Business Park in Dublin could not believe their eyes! They saw a Mercedes-Benz crashing into the window, turning a couple of tables upside down and breaking cups and glasses. Luckily, nobody had selected the window seat that morning. 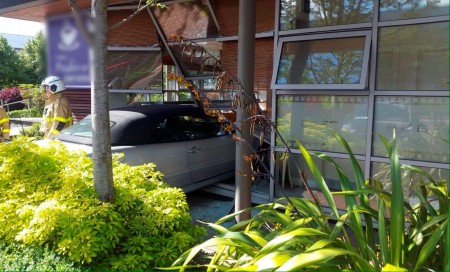 There were no injuries reported following the crash and the authorities were relieved to find out it was just an unfortunate accident, not a terror attack like Europe has recently suffered.

The Dublin Fire Brigade intervened promptly to pull the silver Benz out of the café. The car suffered minor dents and scratches caused by the metal frame of the broken window, but the driver will probably need to pay for trashing the Irish café. Everyone present took the event to social media, posting photos of the accident they had survived. 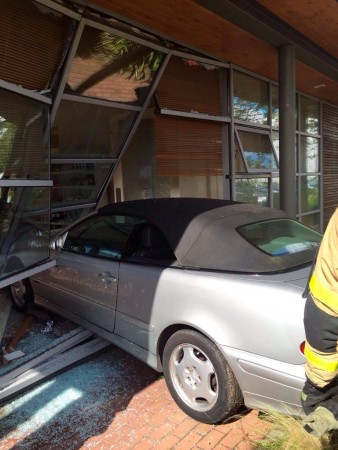 The driver declined to make any public statement and was taken to the police station for further investigation. Well, if he wanted some coffee, he should have just said so…