Diamonds are a man’s best friends

Diamonds are a girl’s best friends, Marlyn Monroe used to say. Apparently, they are best friends for men, too. Prince Alwaleed Bin Talal of Saudi Arabia got himself a super present for his 38th birthday: a diamond studded Mercedes-Benz.

How in the world can you keep your eyes off this if you see it in traffic? As a proof of the extravagant taste of the rich in the Middle East, Prince Alwaleed Bin Talal of Saudi Arabia paid no less than $4.8 million to make sure everyone notices him while driving. 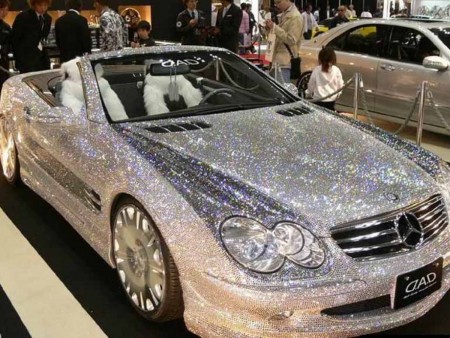 With a net financial worth amounting $20 billion, his Royal Highness is one of the richest men in the world, making his fortune in real estate and construction field and afterwards, joining the banking industry. And to understand where it all started, his father was the finance minister of Saudi Arabia in the early 60s.

Check out the Mercedes covered in Svarovski crystals!

His diamond Mercedes-Benz SL 600 has the precious stones encrusted not only all over the body of the glitzy car, but also in the tailpipe, wheel rims, logo and door handles. According to unofficial reports, he is charging $1000 to anyone who wants to touch it and take a seat in it. Well, he must be short on money after spending that much for an automobile. 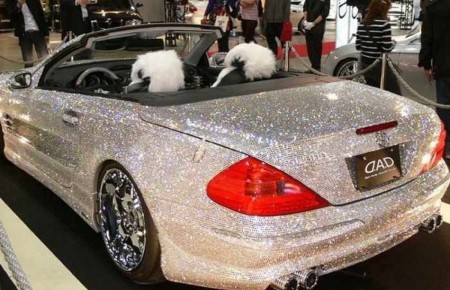 But the Prince must really brag about his diamond Benz whenever he meets his neighbor from the United Arab Emirates, Sheikh Mohammad bin Rashid Al Maktoum, who only has a $2.5 million convertible Mercedes. Well, among other treasures on wheels, of course. The billionaire oil businessman from Abu Dhabi has wrapped his Mercedes-Benz in sparkling white gold. 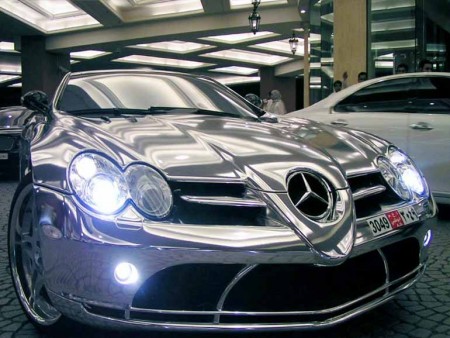 If his name doesn’t ring a bell, maybe this will do: he is the one to financially support the construction of the world’s tallest building, Burj Khalifa (828 meters high) in Dubai and the world’s largest indoor ski complex, Ski Dubai.