Catching stars with the Mercedes-AMG GT

One day, not too long ago, a young hero went on a journey to some distant lands. Driven by a desire to impress the most beautiful princess, he wanted to travel to a special magical place. A place where many different lands come together, where magical creatures run free.

But every story has its villain. So there are wizards in this land of all lands. Wizards who capture stars. The stars were all in danger and so was the prince, the Mercedes AMG-GT. How will our hero escape them? Watch the story!

Be smart and quick, dive through the shadows and fight through the mist. That was the only way out. All stars were saved. Shall the princess marry the prince? We must wait for the next Mercedes-Benz story to find that out. 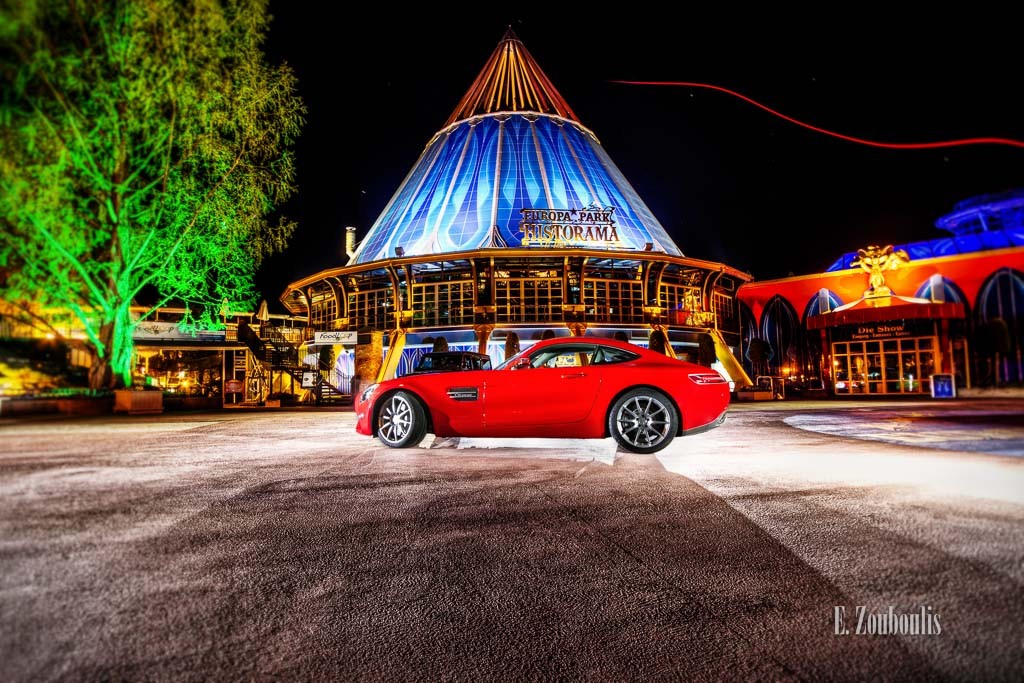 The decor for the glam story of the mystical journey through magical and dangerous places was none other than Europa Park in Germany. The video was shot during the special annual event “One Night at Europa Park”, when car journalists get the chance to drive the cars through the dark alleys in the spooky midnight décor.

It is the biggest amusement park in Germany and second biggest in Europe, closely following the Parisian Disneyland. No less than 5 million visitors entered the gate of it last year. The roller coaster shown in the beginning of the video is just one of the twelve existing in the park.