New Mercedes-Benz Stadium. The only logo in Atlanta to be seen from space

Elena Luchian, August 26, 2015
3.42K 0
Home Lifestyle New Mercedes-Benz Stadium. The only logo in Atlanta to be seen from space

A new stadium will bear the Mercedes-Benz name and logo. The Stuttgart grand brand signed a 27-year deal with the NFL’s Atlanta Falcons. With the capability to extend to 83 000 seats, the arena will be home of the Falcons, as well as Atlanta United, a new Major League Soccer team.

The financial details of the agreement which runs through 2042 shall not be disclosed. But Mercedes-Benz USA CEO Stephen Cannon branded it as the richest marketing deal ever signed by the company. The budget for the stadium that is under construction next door to the Falcons’ current home, the Georgia Dome, is $1.5 billion. The current stadium will be demolished once the new one is completed. 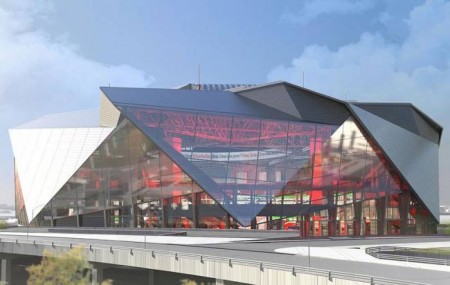 With a retractable roof closing in the shape of the Mercedes-Benz star and cutting edge features to secure the comfort of the fans, the Atlanta stadium will surely shine in the Atlanta cityscape. “I think we will be the only company in Atlanta whose logo can be seen from the International Space Stadion”, was Cannon’s joke. 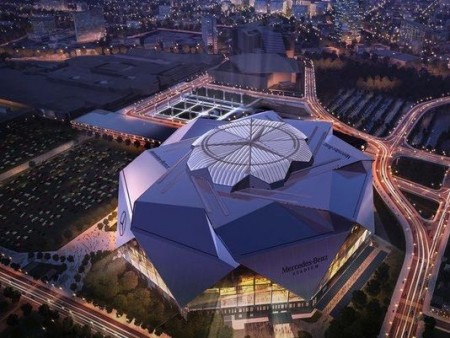 “It represents excellence. It represents the best of us”, said Mayor Kasim Reed, also present at the event, together with Georgia’s Governor Nathan Deal and two of the Falcons’ star players, quarterback Matt Ryan and receiver Julio Jones.

Mercedes-Benz also owns the naming rights for the Superdome in New Orleans, home of the Falcons’ longtime division rivals Saints. The contract with the Saints will come to an end in 2021. 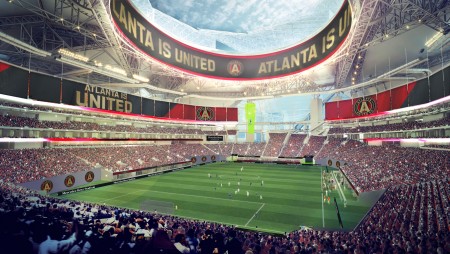 “During the overlap period, we’re going to do justice to both”, Stephen Cannon promised. “It is kind of like I’ve got multiple kids and I try to give them time and attention and love them all. So, the way I look at it is we’ve got two stadiums obviously in the same division. There’s a big rivalry there. So, that just makes the storyline a little bit more interesting.”

Mercedes-Benz also owns the naming rights for three other sports arenas in Germany and China.