You saw this comparison coming from miles away. Since both its domestic rivals – BMW and Audi – lack a true S-Class Coupe-like model, the new German luxury coupe had to go look for an opponent somewhere else. And it found one in Britain, as it turns out, in the form of the venerable Bentley Continental GT.

These two cars are as similar as they are different, so this either isn’t a match made in heaven. They’re both luxury coupes, they have really powerful engines and they wrap you in a soft cushion that makes the outside world seem a distant distraction.

The two cars chosen by the journalists at Autocar were a Bentley Continental GT Speed and a Mercedes-Benz S 63 AMG Coupe – the current range toppers from both manufacturers. This is very easily seen in their prices: the Bentley is pole position here, costing 156,700 British Sterlings, which equals about 248,000 $ or just short of 200,000 euros. By comparison, the S 63 AMG Coupe is no less than 30,000 pounds cheaper, which is enough to buy a lot of extras, a new car or even a decent apartment in some parts of the world. 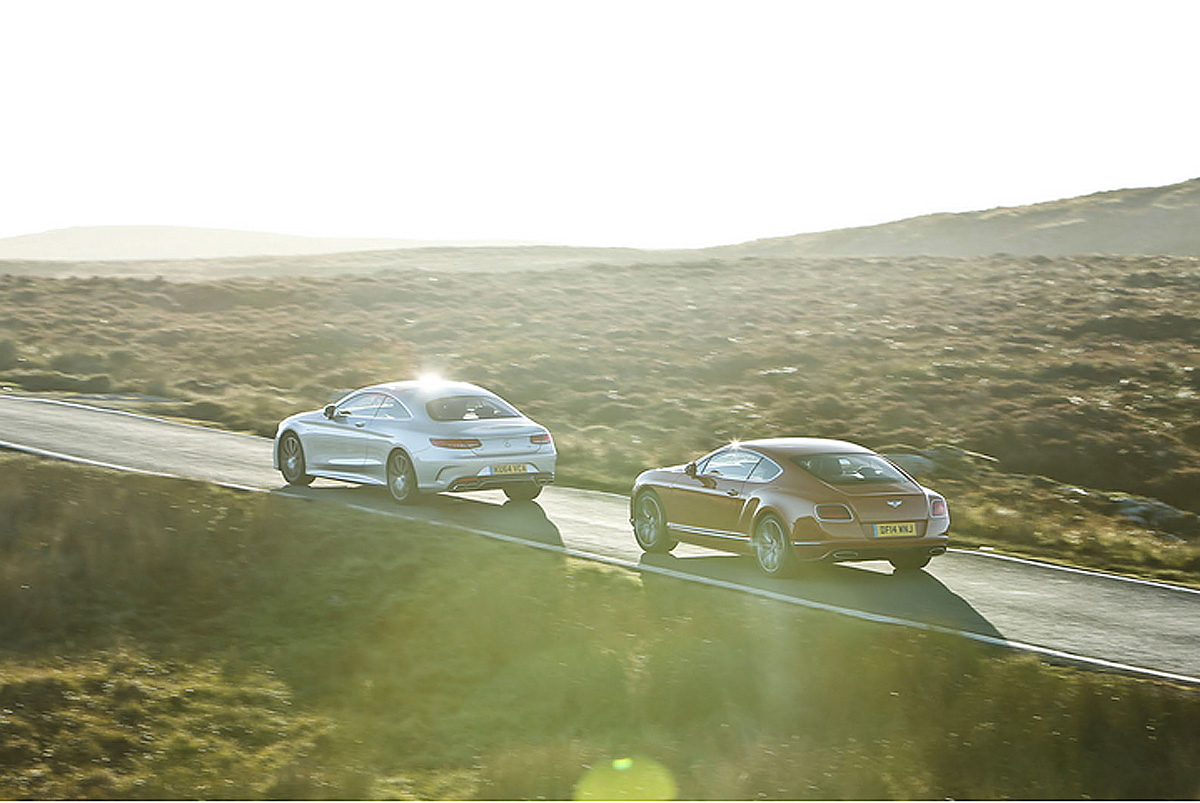 And the Mercedes has a lot of extras. It’s basically a technological showroom on wheels and a very different proposal from the 10 years old Bentley which, despite all the updates, it’s showing its age. 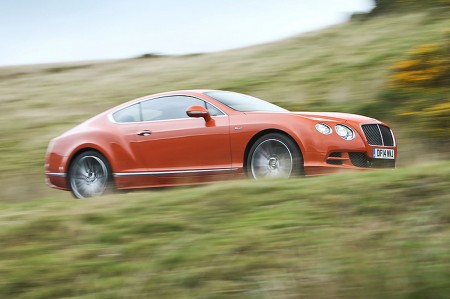 Worst of all, the Bentley falls short in the engine department. Despite having a bigger engine (a 6.0 liters W12 unit) and more power, it lags behind on torque by a substantial margin and, to top it all up, the Bentley is also the heavier of the two. But it’s not that the Bentley is a slow car (the manufacturer claims a top speed of 331 km/h or 206 mph). No, the problem comes in the way it delivers its power – flat and unconvincingly.

The ancestry of both these cars becomes very clear once they are driven hard and fast (well, as hard and as fast as they can be) over the winding mountain roads in Wales. As hard as it’d like to forget, the Bentley has some ties with the Volkswagen Phaeton while the S63 AMG Coupe, needless to say, is heavily based on the saloon version so the handling of the two is not exactly sports car material. After all, it’s called “the battle of the luxury coupes”, not “the supercar one-on-one slaughter”…

Yet handling is only a minor aspect on which these two cars are judged. I won’t give you the verdict of this Autocar head to head test, but I’ll invite to read their full review here. Just a little teaser: the decision wasn’t as easy as it would have seemed at the beginning.

And here a little video also made by Autocar.co.uk of the Bentley trying to reach its claimed top speed of 206mph (331 km/h):