If anyone was planning to flee from the police, now that’s really going to be a tough job! The Australian Police officers will be running with the speed of light as of today, as the brand-new Mercedes-AMG E43 is the Australian Police’s latest addition to the highway patrol fleet.

The Mercedes-AMG E43 is powered by an AMG V6 biturbo engine with 496 HP and 520 Nm on tap, sending power to all wheels via the state-of-the art automatic transmission 9G-Tronic. It only needs 4.6 seconds to run from a standstill to 100 km/h on its way to the top speed electronically limited at 250 km/h. So outlaws, beware! Pursuits are back in the game for the Australian police!

The car will be on loan for 12 months and will be on display this weekend, at the season’s first Formula 1 race, the Australian Grand Prix. 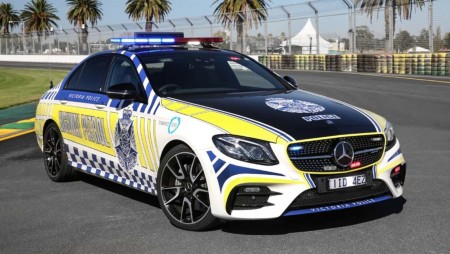 Codename “Guardian V2” in the local police fleet, the E43 is set to replace the Guardian V1, a Mercedes-AMG GLE 63 S Coupe, which was in the service of the Victorian police force for the previous 12 months, serving as a highway patrol vehicle, but also as a promotional tool for the in-car safety technologies campaigns. The Mercedes-AMG E43 is currently undergoing the police tests, so the authorities make sure it matches their standards in terms of speed and handling in emergency situations. A decision on which vehicles will be used as highway patrol vehicles in 2018 is not expected until later this year.

The Guardian V2 follows in the footsteps of the GLE Coupe, extending the Towards Zero Campaign which has as single purpose the reduction of fatalities on the road. In Australia, statistics show that three out of every four deaths on country roads happen in cars that are more than 10 years old. 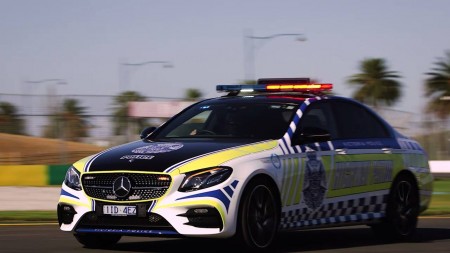 “Our partnership with Mercedes-Benz is about highlighting safety features in vehicles; we want to be part of the discussion around what safer cars look like and know that having the Guardian V2 out and about in the community does this”, says road policing command assistant commissioner Doug Fryer.

The car will be used to patrol the roads, will be on display at community events and will be used as a tool to prove that new onboard safety technologies can save lives.

“All we are asking is that you consider safety for your car as an investment, an investment in the safety of yourself and for your family, it shouldn’t be an optional extra”, states Fryer.