Is Mercedes-Benz selling BMW models? Those who passed by the company’s dealership in Munich must have thought that there was something wrong with their eyesight.

In return, a candy red Mercedes-Benz EQC shines in the showroom at BMW Welt in Munich. Why is this happening? How about competition? 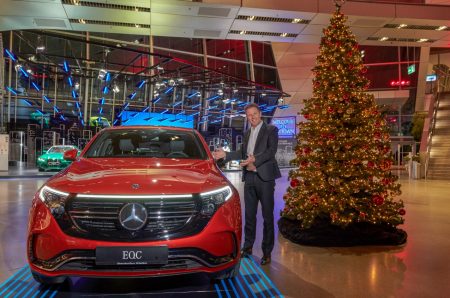 Mercedes-Benz and BMW put rivalry aside for a good cause

Viciously competing against each other for a century, Mercedes-Benz and BMW have just shattered the barriers of competition. All-time rivals, the two German premium car makers have now joined hands in an unprecedented demonstration of solidarity. The acts are part of the “We hold together” (“Wir halten zamm”) campaign.

By displaying each other’s models, the two companies show support and try to “raise awareness of the local community spirit” in the city of Munich. 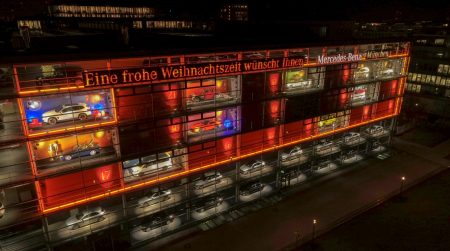 The giant advent calendar on the façade of the Mercedes-Benz dealership in Munich is an 18-year tradition. But in 2020, there is something special. Behind the tenth door of the 25 before Christmas, there stands, among the cars with the star, the BMW iX3. The window of the car brights up every hour.

The campaign has become viral on social media. The videos and photos have been shared by thousands of users, impressed by the gestures of the all-time rivals in the premium car segment.