BMW compliments Mercedes on the new S-Class. Irony or sincerity?

BMW compliments Mercedes on the new S-Class on Instagram. But like so many other times this is just one of the jokes the two giants make to each other.

Immediately after the launch of the new Mercedes S-Class, BMW posted a text message on the official Instagram page:
Hey, nice job @MercedesBenz.
We are big fans of the S too.. 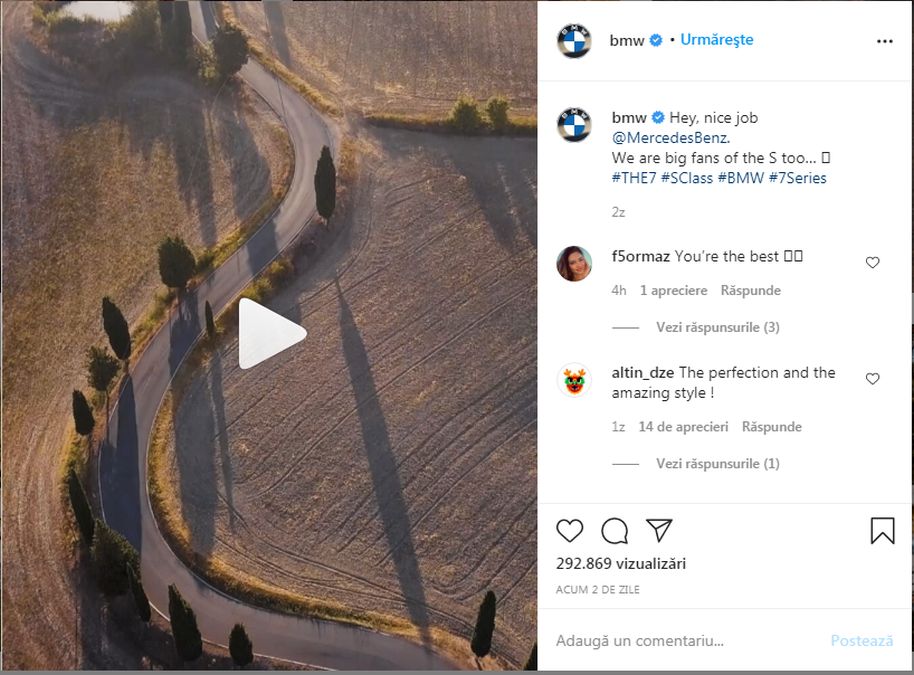 After watching the video we realized it was just a joke. The clip shows a succession of S-turns on which a car that is not a 7 Series moves and then a BMW 7 Series appears from the clouds on a road located at altitude.

Of course, it is a bit out of place to compare the BMW 7 Series launched in 2015 with the new Mercedes S-Class presented 3 days ago. If from the dynamics point of view BMW 7 Serie is not inferior havind integral steering since 2008, Mercedes has a more comfortable E-Active Body Control suspension that reads the road and constantly adapts the shock absorbers to the quality of the road.

But the big difference comes from the comparison of the interiors. Mercedes has almost no physical buttons and is more digitalized than ever. The new S-Class accentuates Mercedes’ lead in terms of interiors compared to BMW’s rivals.

Given that the new BMW 7 Series is not coming sooner than 2022, it is very likely that the Mercedes S-Class will increase its sales lead over its BMW rival, which has a rather old-fashioned interior.