Shanghai 2019 – This is what Mercedes-Benz is showing in China

Mercedes-Benz brings exciting premieres at the 18th edition of the Shanghai Motor Show. Three SUVs will be at the premium company’s stand in China. All of them will be available starting 2021.

The Mercedes-Benz GLC concept, built on the company’s compact car platform, like the A-, B-, CLA and CLA Shotting Brake models, is set to slot between the GLA and the GLC.

It can host up to seven occupants, it features roof rails and the image of an all-terrain capable vehicle. 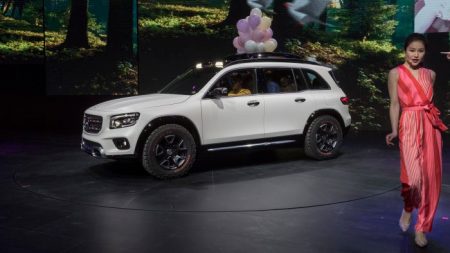 The emission-free EQC also set wheels in China, for the first time. The crossover with an elongated and coupé-like roof, with clean design and hallmark color accents, the EQC opens the doors to premium electro-mobility.

The car promises an all-electric range of 445 kilometers and an output of 300 kW. 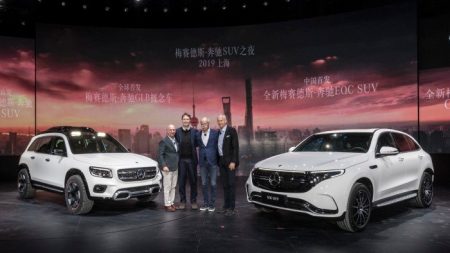 It is also the first time the new GLE, introduced last fall at the Paris Motor Show, arrives in China. The best-seller already ordered by more than two million customers comes to continue the story of success began by the M-Class back in 1997.

The SUV is optionally equipped with the innovative E-ACTIVE BODY CONTROL suspension, based on a 48-Volt system. 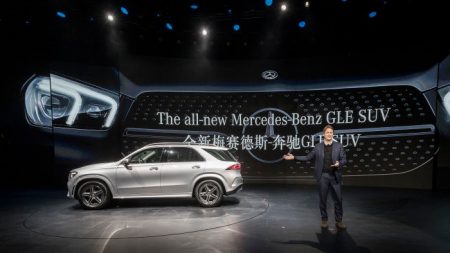 The great absent from the Shanghai 2019 event will also be the company’s biggest and most luxurious SUV, the GLS, leaked in several photos, before its official reveal. The SUV, that is set to get both an AMG and a Maybach version, will make its debut in New York on April, the 17th.