Mercedes-Benz S 580 e Plug-in Hybrid quietly launched in Europe. The electrified variant should be able to drive up to 100 kilometers on electricity alone. They were instead leaked to the media.

The drumroll played for the new Mercedes-Benz S-Class, revealed yesterday. But the electrified S 580 e stayed behind to watch the show of its conventionally-powered siblings. The new plug-in hybrid will feature a 28 kWh battery pack, that provides the impressive electric range of 100 kilometers, according to the European WLTP test cycle. The battery is more than double the size of the outgoing S 560 e, that featured a 13.5 kWh unit. 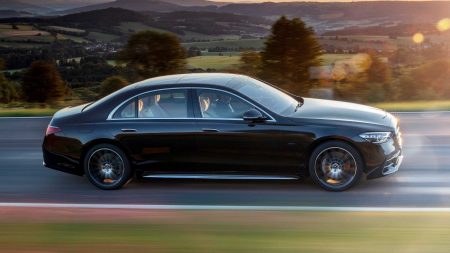 The system integrates the M256 3.0-liter inline six-cylinder engine of the S 450 and S 500 4MATIC and an electric motor, sandwiched into the transmission. The system develops a total output of 510 horsepower. These are figures that position the plug-in hybrid variant at the top of the current range, made up of two gasoline and two diesel variants. Things will change though, when the AMG variants will come to the market.

It is the “e” letter in the designation of the model that certifies its affiliation to the electrified family. 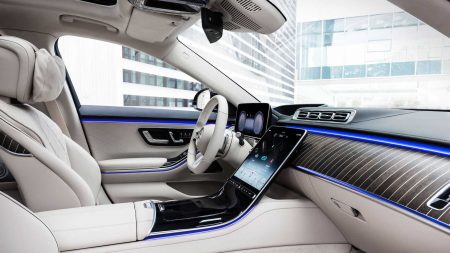 The electrified flagship will be available for order by the end of the year and it will help reduce the ever more stringent emissions standards across the S-Class range.

The new Mercedes-Benz S580e Plug-in Hybrid for Europe only, for the moment

The new Mercedes-Benz S 580 e Plug-in Hybrid will pave the way for the electric EQS. During the presentation event of the S-Class luxury sedan, Ola Kallenius made the announcement. The electric sedan will show up soon with ground-breaking e-tech.

The S 580 e is currently for Europe only. But the variant is expected to cross the Atlantic next year. The 100-kilometer range will though drop by 20 to 30%, according to the EPA test cycle.