The Mercedes-Benz G-Class proves its abilities in the off-road at home track in Graz. It is the place where it entered series production in 1979. It has been manufactured there ever since.

The Mercedes-Benz G-Class is an icon. The representation of indestructible. A declaration of ability. Meanwhile, the Mercedes-AMG G63 breaks down the boundaries of the usual off-roading vehicle with on-tarmac performance.

A two-episode documentary posted on the YouTube channel of Mercedes-AMG takes the G63 where it all started: in Graz. At the G-Class Experience Center, the car finds its playground once again. 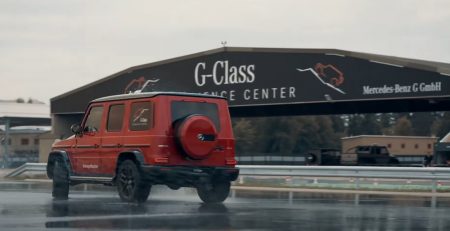 With a biturbo 4.0-liter V8 engine, it brings 585 horsepower and 850 Nm to the ground, regardless of the surface. It accelerates from a standstill to 100 km/h in 4.5 seconds, figures worthy of a true sports car. That is exactly why the testing begins on asphalt, to prove the maneuverability and the ability to keep its composure regardless of the rough pace the driver puts it through.

An up to 241 millimeter ground clearance, a 35-degree maximum incline angle, a 70-centimeter fording depth and a maximum slope ability of 100% make the car boast unprecedented figures of a series production model.

Mercedes-Benz G-Class goes up the G-rock in Graz

The documentary takes us on a view of the Schockl, a mountain that hosts a 5.6-kilometer test track that every G must go up and down a total of 2,000 kilometers, meaning 330 times up and 330 times down. That is where the best off-road vehicle begins its story. 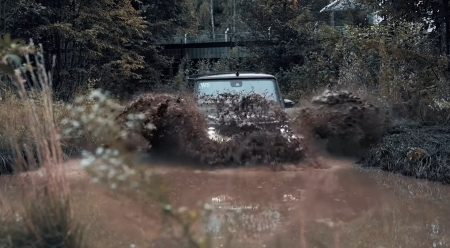 With the Low Range on and the center differential lock engaged, off they go. Steep slopes, rough rocks, the G fights them all smoothly and never hesitating for a single second. The off-roader finds its way out of every predicament, a basin of muddy water included.

In the end, the body of the G-Class shows the signs of fun: mud all over its body.