This is the Mercedes that drove more than 3.4 million kilometers

This is the Mercedes that drove more than 3.4 million kilometers. It is a Mercedes-Benz W124, the automobile that might have blown up all records of longevity. Even the owner finds it hard to believe. He never expected it when he purchased it 28 years ago.

It is said that they don’t make cars like they used to, any more. It is most likely to be true, but how did they used to make them back then? Well, as unprofitable as it may sound these days, they made them last. And here is a solid evidence: a Mercedes-Benz E-Class W124, manufactured in 1991, traveled approximately 3.4 million kilometers (2,112,662 miles). By 1997, it had already reached its first million, without even requiring any change except oil and filters and several other consumables. 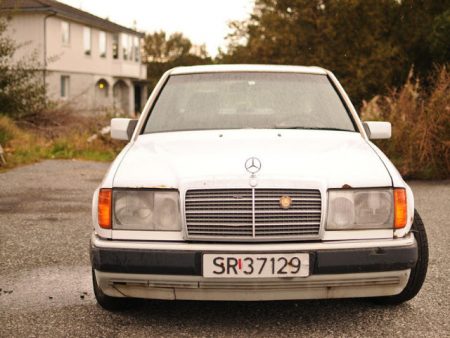 The odometer stopped counting, since the car was not even design to live that long and cover such a mileage. But the owner counted on and on, until he can hardly believe how far the vehicle has gone.

The diesel of his white W124 is coupled to an automatic transmission still functional today. As the photos reveal, rust has eaten it away here and there, but the engine and other mechanical parts are in mint condition. 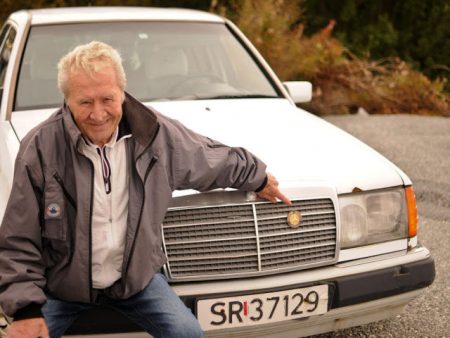 Its owner, Magnus Sæle, now 84 years old, used to be a taxi driver in Øygarden, Norway. There is no way he would exchange his motorized partner for a new one. In his driverway, there is also a Mercedes-Benz 300D W210 parked. That one has traveled for 900,000 kilometers (559,234 miles), so still a long way to reach the performance of his sibling.

And yet this may not be the most resistant Benz of all times. A former taxi driver from the Spanish island of Gran Canaria claims he has driven his Mercedes for 5 million kilometers (3.4 million miles). The data though, has never been confirmed.