A G-Class in New York, the city that never sleeps

The Mercedes-AMG G 63 is a legal alien in New York. A super talented American photographer did the razzle-dazzle photo session, with the G-Class as a supermodel, for the Mercedes-Benz USA. Let’s check out what came out of it!

A super talented young photographer, Johnny Becket, took the G 63 AMG in Crazy Color Edition right through the heart of New York, as the song goes. The Tomato Red G-Class woke up in the city that never sleeps to find it is the king of the hill, top of the heap…

All the way from Affalterbach, the G’s little town blues is melting away, making a brand new start of it in old New York. Because if it can make it there, it can make it anywhere. And yes, that is the car that stays solid even when the ground is not. This is not off-road we are talking about. There is no such thing around the Empire State Building. But there are traffic congestions instead, people running around like crazy and taxi drivers playing the hit sang by Liza Minelli and Frank Sinatra, loud in the speakers with the windows down, while nodding their heads and singing along. 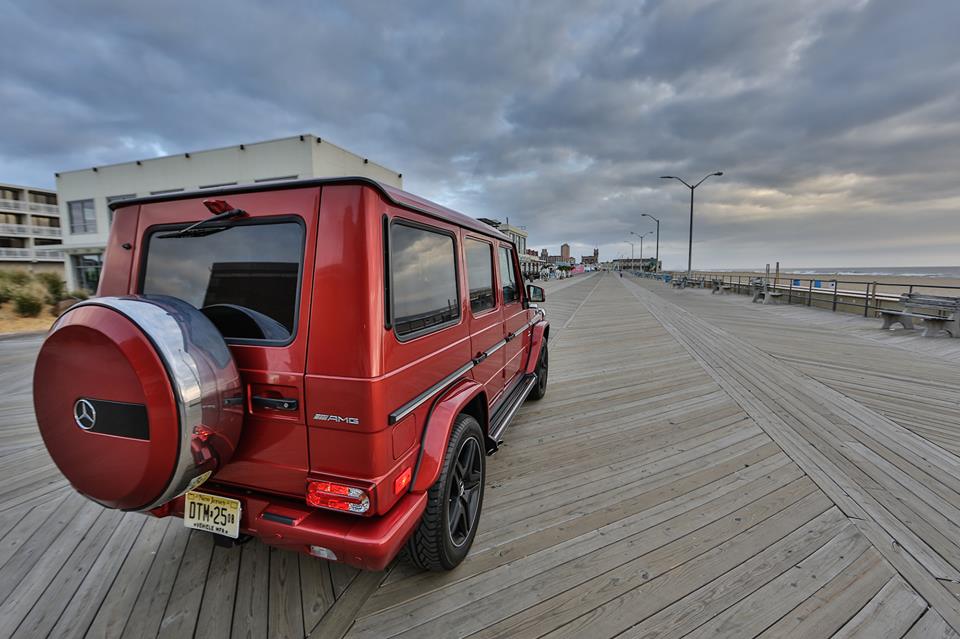 The G-Class is not an Englishman in New York, but a German, a legal alien biting off the Big Apple. And as Sting says in his 80s hit, it takes more than combat gear to make a man. Or a car.

The G 63 AMG, with its military stance, shows its candid side in the city that is not a space, but a state of mind.