GP Italy: Hamilton wins and stands out in the overall ranking

Nothing kept Lewis away from converting the pole into victory an Rosberg’s retirement came as a bonus for the world champion. Sebastian Vettel is living his dream for the very first time in Ferrari at Monza and finishes second.

Hamilton made a perfect start from the first position on the grid and none of the chasers could cause him any trouble in any moment of the race. It was pretty much a trial run for the Mercedes British and his pace only certified the superiority of the German squad and the performance of the latest power unit. Rosberg could not enjoy the new propel version, as he was bound to drive the former engine that he has been driving ever since the Canadian Grand Prix. The high wear and tear had its say and the engine caved in, only two laps before the end. Nico’s pace was not a fast one for the rest of the race either, as the German was trying to catch up, hoping that he will get to fight Vettel for the second position.

Ferrari badly needed a positive result in front of their home fans, especially after the good result in the qualifying sessions. Part of their hopes was shattered right from the start, after Raikkonen failed the inrush and was thrown back into the last position. Though Kimi managed to make up for it and finished the home race in the 5th spot, despite having to cut out al lot of cars. Vettel was to take advantage of his teammate’s error and eventually got the second place in front of the tifosi. 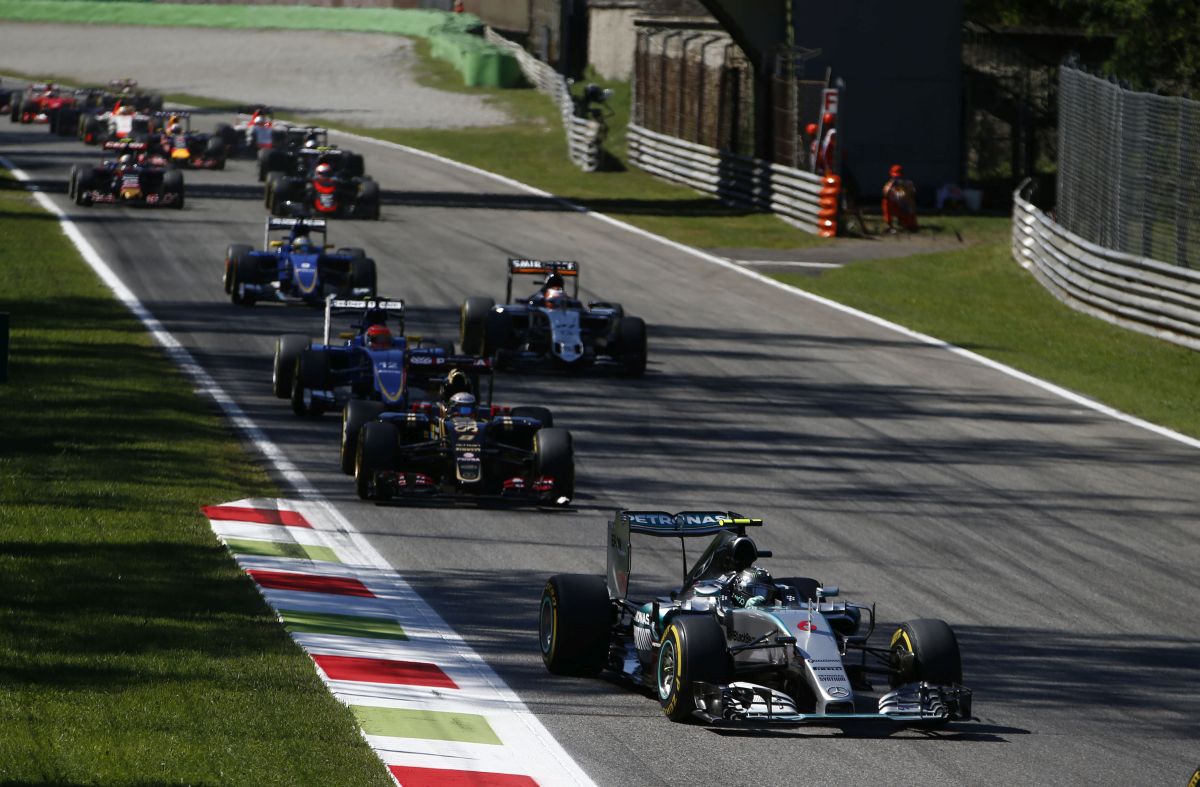 Felipe Massa gets a new podium position, this time after a long combat with his teammate, Valtteri Bottas. The two dueled up to the very last corner of the race, when Bottas’ engine lost power and Massa crossed the finish line first. Force India keeps on dazzling with the upgraded racing car and comes in the 6th and the 7th spot, with Perez, Hulkenberg, respectively.

Ricciardo also runs a good recovery race, settling for the 8th place, after having started in the 19th. His teammate, Daniil Kvyat comes in 10th, while Marcus Ericsson gets first consecutive scoring race and finishes 9th.

Both Torro Rosso drivers failed to score, after starting out from behind the starting grid. Sainz manages to cut out Verstappen , but this is no consolation as none of them scored. Nasr certifies the bad patch he’s going through and comes in the 13th spot, ahead of Jenson Button and the two Manor, drivers, Stevens and Merhi. They called it off after first two laps, due to damages caused by collisions in the first corner.