Oscars and rodents at the Canadian Grand Prix

It was an exciting weekend in Canada, for the Formula One Grand Prix. Oscar awarded actors like Al Pacino and Michael Douglas have seen on the spot, the race won by the Mercedes-AMG Petronas driver, Lewis Hamilton. And so did a little rodent.

Spectators always make a fuss about the best seats at the sports competitions. Well, a tiny rodent definitely found the best seat at the Formula One Grand Prix in Canada. Right on the racetrack! The groundhog watched the cars racing towards it and moved out of the way of Felipe Massa and other two cars in pursuit at the very last moment, with the speed of a racing driver.

Massa did have time to react, but he was worried that the drivers behind him would not see the animal in time and would run over it.

“It is dangerous more for the animal than for me,” the Brazilian driver said. “But if we hit it, it is not good for our car, either.”

Well, luckily the brave rodent spectator ran to safety behind the guardrail before it got hit at over 200 km/h. Now try to beat that with the visibility of the raceway from the VIP sector! 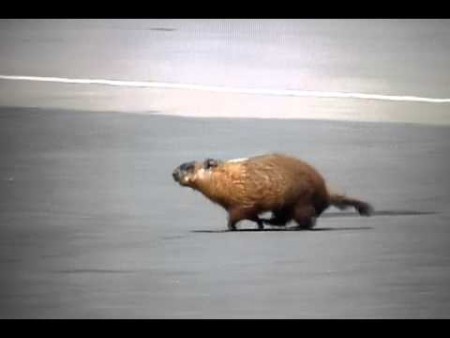 And speaking of the VIP sector! The Academy Award winner Al Pacino, who got the Oscar for “Scent of a Woman”, watched the race live. He was in Montreal to receive the keys to the city from the Mayor himself. It was the Mayor who took him to the racetrack. 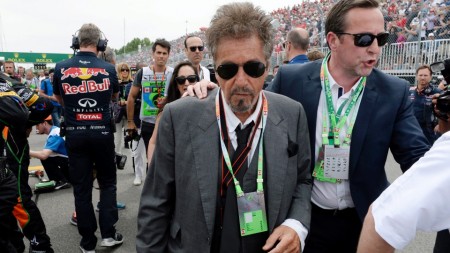 There was such a density of Academy Awards winners in Canada this past weekend. The “Wall Street” star Michael Douglas also attended the Formula One Grand Prix. And the world champion  would not have missed the chance for the world: he now has a souvenir photo with the American actor.