How many cars just like yours are out there? Gazillions, right? But how about owning one of the 75 ever made? A 2010 Mercedes-Benz SLR McLaren Stirling Moss is now on sale and it is three times more expensive than it was 6 years ago.

Back then, you had to already own a “standard” SLR to get a “Stirling Moss” edition. So here is your chance to join the exclusive elite club. What is the price of the entrance ticket? It is $2.9 million (2.6 million euros), three times more expensive than 6 years ago, when the car saw the light of day, out on sale for approximately $1,000,000. 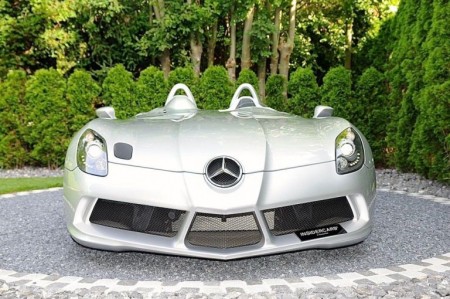 For almost $3 million dollars, you get a fabulous car that has no roof and no windscreen. You get instead a 5.5-liter V8 engine, good for 650 horsepower and a top speed of 217 mph. The “standard” SLR “only” hit 617 horsepower.

The car has been stored in a garage, apparently most of its life, as it only travelled 3000 miles (4800 kilometers). 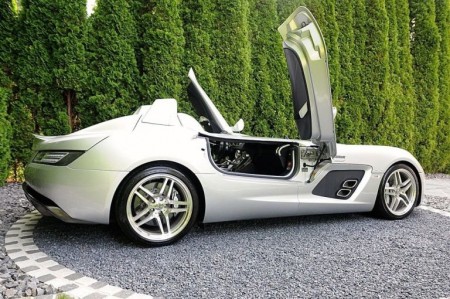 If you decide to buy that car, be careful to ask for change for your $3,000,000. And for the change, get a cap and a scarf. You are so going to need them when you hit the road in your new topless, windscreenless new fireball.