Reliable, fast and having no mercy on the part of the car. It sounds like they are the perfect dismantle service for Mercedes-Benz cars. And they obviously could be! Only if they were not monkeys!

In 2011, an England-based company specialized in anthropology made a study to check on the monkeys behavior when they see a car with all the goodies it offers. Right before the grand re-opening of the jungle set-up, they put a Mercedes-Benz E-Class into the monkeys enclosure in the Longleat Safari & Park and got everything on tape. 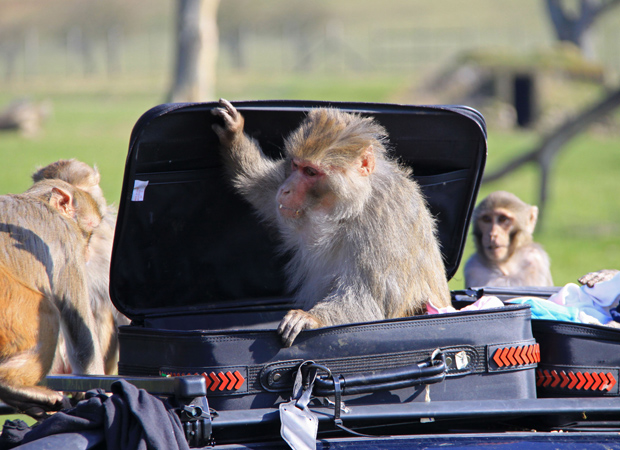 The monkeys flipped out at first. Gazed at it cautiously. Then they made steps in slow motion towards the vehicle. When they saw the intruder on wheels wasn’t moving, the cute vandals started tearing it apart. Since they were not allowed in the cockpit, the cheeky macaques managed to take away everything they found outside. 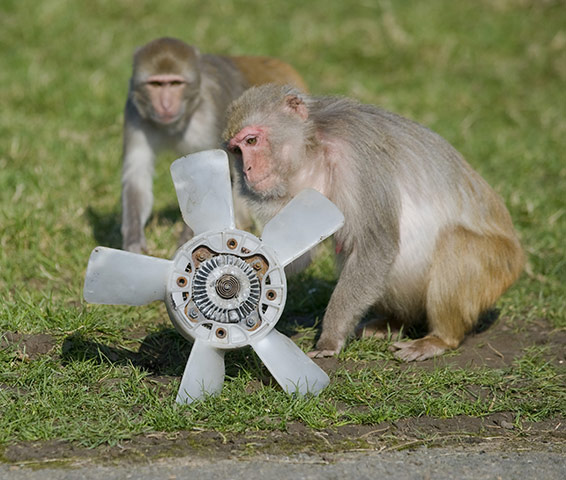 They hung on the side mirrors and swang onto them, checked their own reflection in them and eventually, they realized the mirrors were useful and ripped them off. They climbed up on the roof and unzipped all the suitcases from up there. The monkeys crept into the cases, took out all the cloths, the cuddly lion, the soccer ball and all they could find and ran away with them like furry thieves. Happy about the new toys they procured, they started somersaulting around the reservation, happily dancing and even tried putting the outfits on. 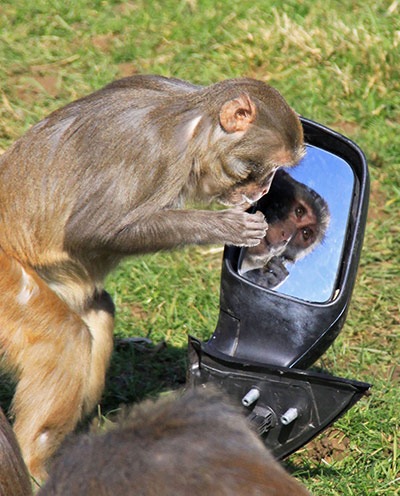 But how about the Mercedes-Benz? Well, they checked headlights, hood, windows and taillights. One of them even stole the Mercedes-Benz badged hubcaps and another one went for the specil number plate on which it was written “SAFARI”.

Thank God the macaques were not allowed to fully test drive the Mercedes-Benz E-Class. 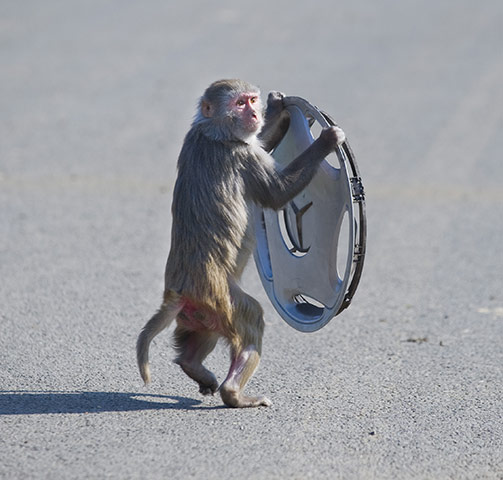 Enjoy one of the funniest videos that has ever involved a Mercedes-Benz car. That is what can happen if you park your car in a questionable area anywhere around the world.

No animal was hurt during shooting this episode of the “Planet of the Apes” series. But we cannot guarantee the same for the Mercedes-Benz E-Class!