What would you do with 470 Euros? Buy a refrigerator? A TV set? A car? Yeah, a car, and quite a classic, too. Auto-motor-und-sport tells the story of the brave that buys a Mercedes-Benz C 180 with Esprit package.

The editor is out to buy a Mercedes classic, with a price limit of 750 Euros. A C 200 Elegance, rosewood metallic, with automatic sunroof and turn signals in orange, is available for 1,950 Euros in Berlin. Standing for all the Mercedes-Benz virtues, austere for our times, that supreme for any times, the classy classic boasts the rigid design with the straight radiator grille, no four-eyed “face” and oversized tail lights.  But the internet configuration is fake and he moves on. 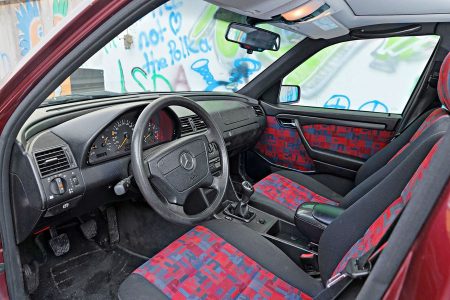 Next to check is a C 180 Esprit at a dealer in Augsburg, previously checked months before. The ruby red metallic shines in the winter sun, parked between three 123er-T models and a 220-S Class at Konigs car. It’s love at first sight. The interior is somewhere between psychedelic and classic and everything in between.

The price tag is 650 Euros and he would be the fourth owner, getting a car that has travelled for 191,754 kilometers. A bit of rust, bumpers looking battered, the radio compartment has been deprived of the radio. M + S tires, a sunroof and a new transmission replacing the automatic one from factory. The specification talks of 122 horsepower, a top speed of 193 km/h and an acceleration from a standstill to 100 km/h in 12.3 seconds. 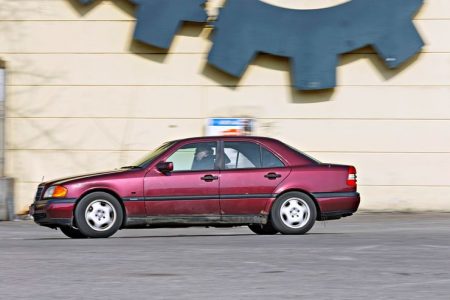 Two days later, he returns to inspect the car once more, popping up the hood and opening the doors. It seems to be better than expected. He counts the deficiencies and offers 470 Euros.

Once the engine started, the driver is afraid the car might stumble. 30 kilometers later, everything is still in place. The engine willingly picks up gas, the five-speed gearbox featuring the Esprit logo is by no means exhausted by time, the suspension holds tight and springs right. Space, comfort, power and even quality, after all this time, they are all there. 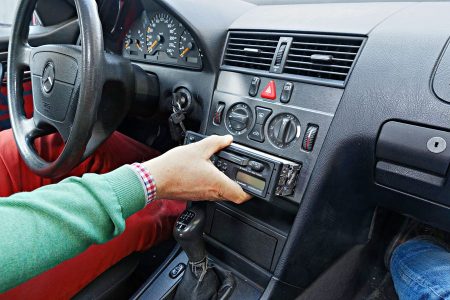 He buys a Blaupunkt radio to fill the empty space in the dashboard, a white turn indicator housing and a star for the boot, together with a ruby spray paint for the bumper. Now it’s all much better. A 70-kilometer drive home comes next, behind the steering wheel of the Mercedes-Benz C 180.