If you might bump into Nico Rosberg while commuting for work, don’t be surprised! It’s just the runner up’s way of… shocking people! Nico rode the Rosberg Express in Melbourne. For the Mercedes AMG Petronas driver, it was a “streetcar named Desire”, considering his desire of becoming world champion this season.

It’s the final countdown to the first race of the season, in Melbourne, Australia, and Nico Rosberg is taking a break from speed. The German rode the iconic Melbourne tram around the famous Albert Park Grand Prix circuit.

Nico was seated right next the carman and watched the rail as the tram rolled through the streets of Melbourne. You’ve got to forgive the man, he’s not used to public transportation and does not know commuters are not allowed to engage drivers in conversation.

“It feels fantastic, always great to start here in Melbourne and it’s so cool to come here. I enjoy the racetrack, I enjoy the whole weekend here”, he said one he got off at the final tram stop. 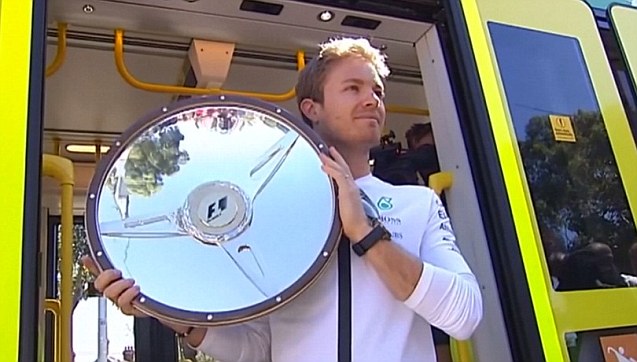 He’s got terrific memories in Sydney, as he won last year’s race, behind the wheel of the Mercedes AMG Petronas racing car.

And the local favorite, Daniel Ricciardo came in second. Rosberg wishes him good luck, but not too much of it: “I am sure he’s gonna have another great race here this weekend and that would be great, as long as he doesn’t come too close to me.” 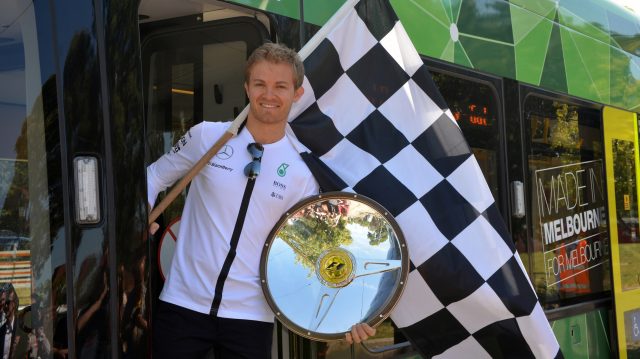 Nico Rosberg is definitely not going to take the tram to the Melbourne racetrack. But one more question still stands: did he get a tram pass or did he get a free ride?

“I’ve heard it’s free for everybody who has an F1 ticket, which I think is great for the city. I hope everybody will have a good time riding the tram”, the runner up says.

Stay tuned to find out everything that will be going on in Melbourne, before the first race of the season!