The SUV is not a boat! Not even a 4Matic can float!

And you think you’re having a bad day? Maybe seeing worse will lift your spirit. How about this guy, who woke up to see his luxury SUV sinking into water and sand on the beach?

A written off Mercedes-Benz GL 320 CDI 4Matic was pulled out of the water on the beach by tow trucks, just south of the Indian Head, Fraser Island, Australia. The owner called for help after he saw his giant Mercedes SUV sinking into the tide. 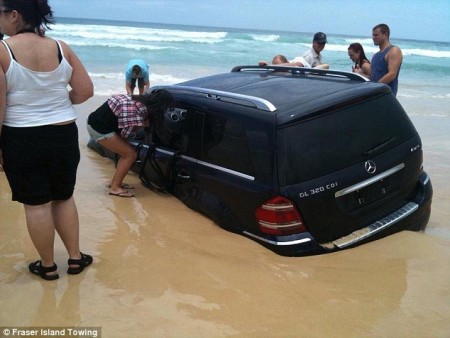 The ocean waves washed it really good. Better than an automatic carwash… The pictures show the completely broken windshield together with the side windows and the dented bonnet. Not to mention all the shrimps and seashells that must have gotten inside the cockpit. 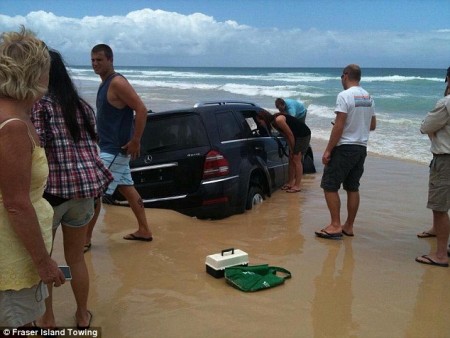 Maybe it was supposed to be a romantic drive along the beach, but it definitely turned into a nightmare for the Australian owner of the newly purchased SUV. The car got stuck in the sand and then started to submerge bit by bit. When the tow trucks arrived, more than half of the vehicle was already buried in sand and the register plates were already long gone. 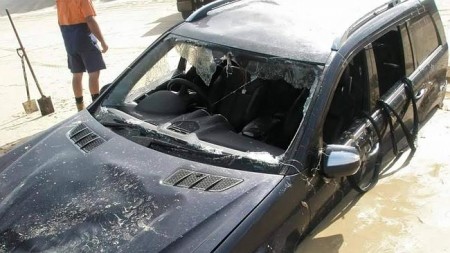 The experts claim that it if the doomed vehicle was equipped with off-road tires, it might have stood a chance. But in these circumstances, not even a 4Matic all-wheel drive system can save a car from sinking. That is one of the major mistakes the unexperienced drivers do, when they venture in the off-road. And that was a $40 000 mistake. Anyway, maybe the driver will choose a boat instead, next time!