Even if Mercedes-Benz launched the V-Class quite a while ago, Brabus seems to have developed an affinity for the Viano van and carried out transforming it into what we know today as the Brabus Viano iBusiness.

When you deal with one of the best luxury vans out there, all you must know is that there’s no room for cheap stuff. Brabus understood that and as a result, the final Viano iBusiness will make you think they actually shrunk Obama’s Air Force One or something.

In fact, Brabus just worked its magic probably thinking about the wealth of those interested in buying a luxury van. As a result, the luxurious van received individual reclining seats for the passenger compartment, upholstered, of course, in the best leather available on the market. 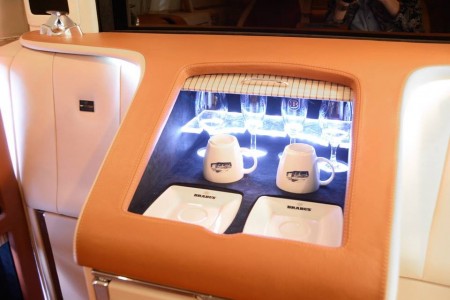 The seats are equipped with folding tables along with a couple of iPad holders to satisfy a business man’s need for on the go internet connectivity. Besides that, clients receive a large screen connected to a PC, a 3D DVD player used as a partition between the driver and the passenger compartment.

In case one might want to invite its CEO friends to a meeting or discuss never-ending financial reports, the Brabus Viano iBusiness offers folding chairs positioned under the screen and a console along the middle of the compartment. 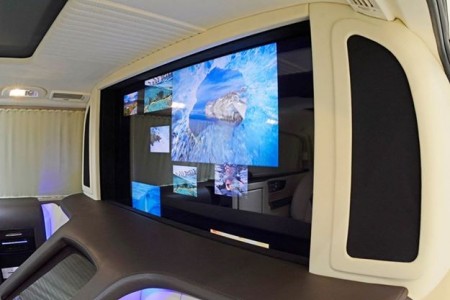 It goes without saying that the posh van also comes with a refrigerator, plus cups and glasses ready to be filled with champagne, most probably.  No word on pricing, but we all know what to expect from such a luxurious piece of work, don’t we?