The crosswalk as you’ve never seen it before

Zebras – also known as crosswalks, outside of a savanna. They serve a simple and singular purpose and that is to keep the pedestrians safe while crossing the road by alerting the motorists of this possibility. As it so often happens with strictly functional things, the aesthetic side is all but forgotten.

Well, just try telling that to the people in Baltimore (Maryland) in the United States who woke up one morning only to find themselves crossing the roads on huge zippers. It’s true that the ones who could enjoy the most this new design weren’t those actually using it – it was the people living above the crossroads, as this image clearly demonstrates. 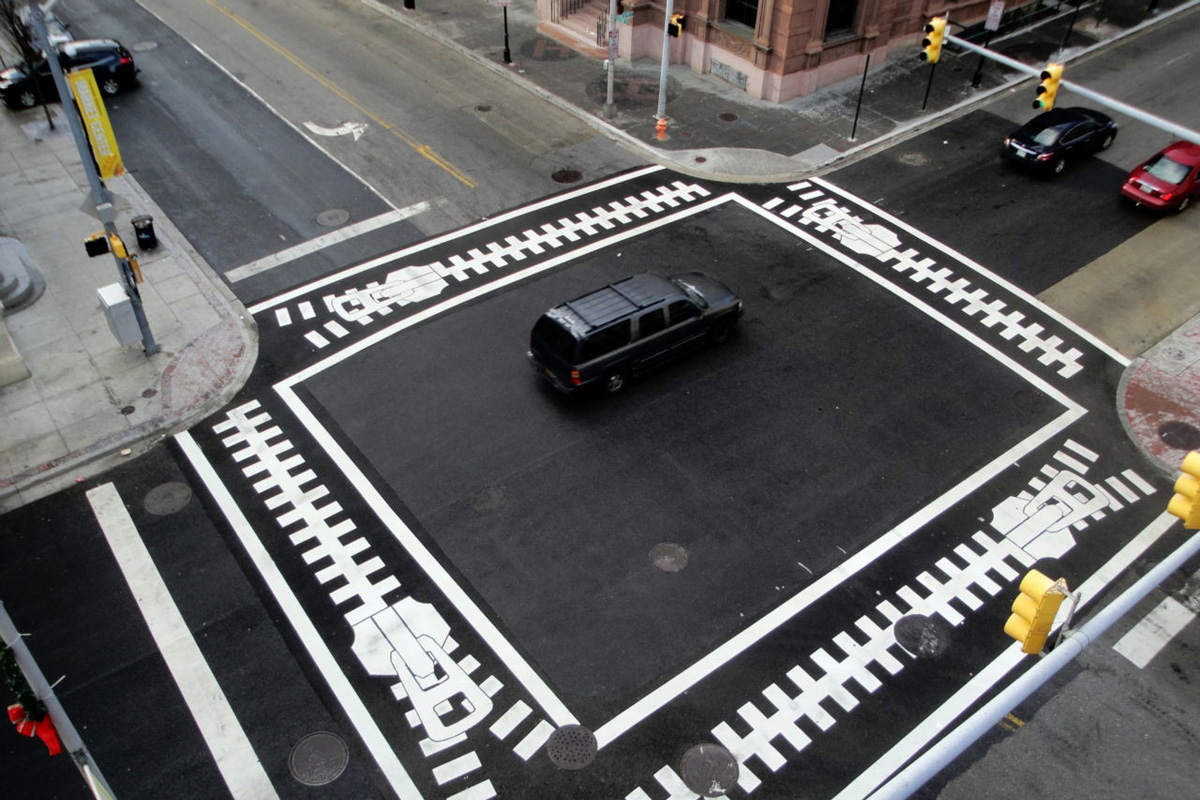 Crosswalk in Baltimore. Walking on zippers never felt this… flat before.

We go now to Vancouver, Canada, where the city planners decided that white on dark gray just didn’t cut it anymore and it was time for some colors; eight of them, to be more precise, in the form of a rainbow. People did rush for the end of the rainbow but it wasn’t for the pot of gold, but for the safety of the sidewalk. 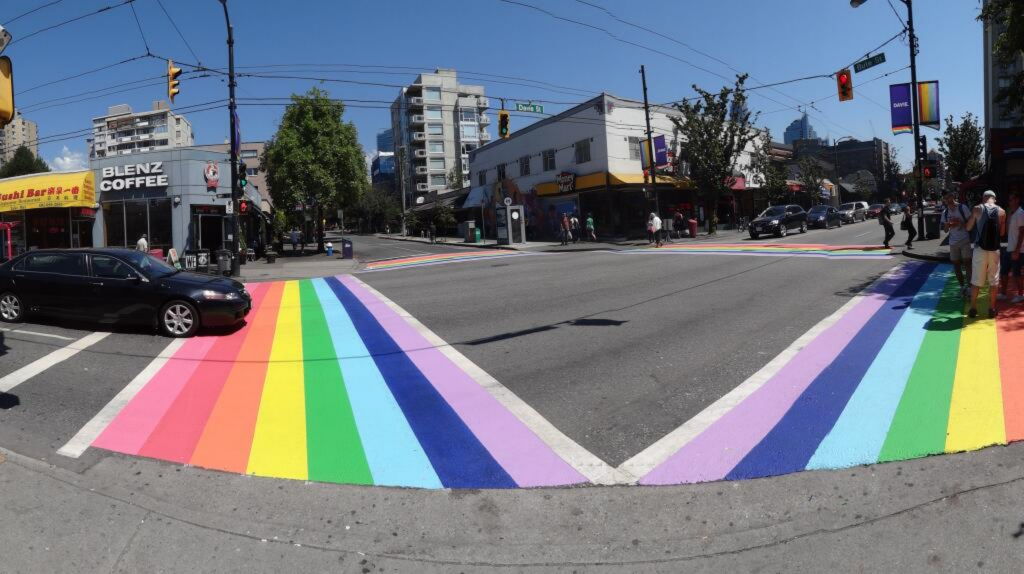 Plenty of colors on this crosswalk in Vancouver

This one was pretty easy. I mean, besides actually painting a zebra on the ground, this one was the most obvious. Turning a crosswalk into the keyboard of a piano is pretty easy but, at the same time, it might prove rather dangerous for those with a musical inclination who tended to linger in the middle of the road longer than it was safe. 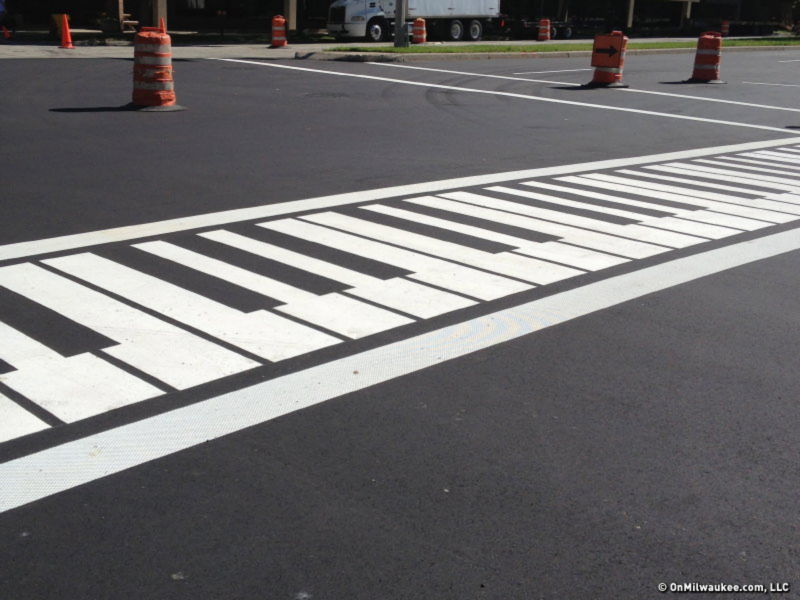 Piano keyboard crosswalk – if only Beethoven were still alive

Nope, this shot wasn’t taken in the US (probably since McDonald’s doesn’t need any advertising there) but in Zurich, Switzerland. The yellow stripes of the crosswalk inspired somebody (a hungry advertiser, presumably) to turn them into the shapes of McDonald’s french fries. Of course, in case the pedestrians also got hungry, the fast food giant had a restaurant waiting just around the corner. Admittedly, the fries were somewhat smaller than advertised… 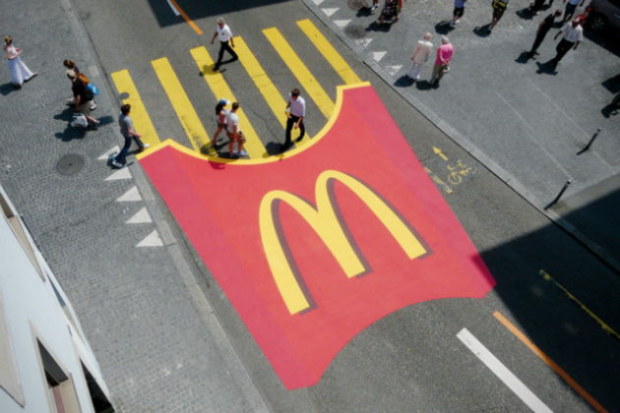 The tastiest crosswalk in history. Maybe not the healthiest, too…

You might find familiar the image of this crosswalk from Osaka, Japan – at least as a concept. It’s just the characters that seem a bit out of place… Well, think Ringo, George, Paul and John instead, place them all on a crosswalk on Abbey Road and it will start to make sense. The Japanese felt Snoopy and the rest of Charlie Brown’s characters were more appropriate so they employed the anamorphic technique to make them stand out and look as if they were crossing the road to the oncoming driver. The idea is foolproof: who in their right mind would not stop for Snoopy? 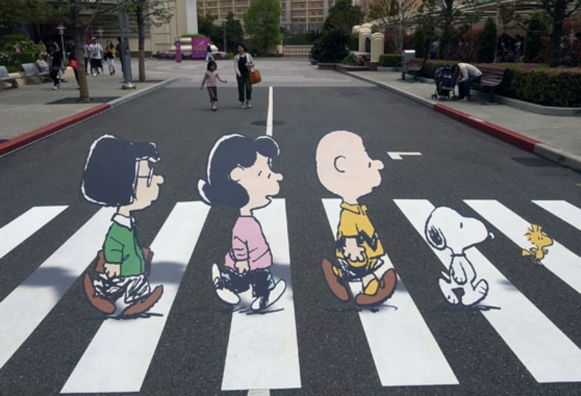 Brake for Snoopy! Or not, it doesn’t really make a difference 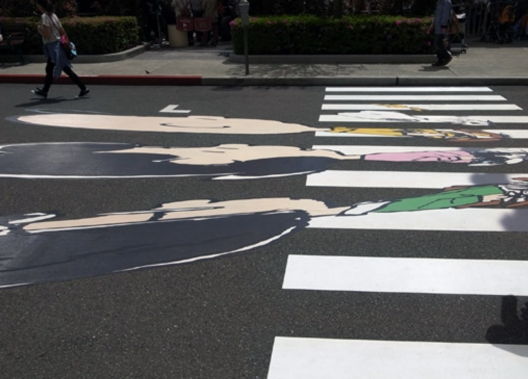 Finally, number five in our list of weird crosswalks is this one which invites the pedestrians to a game of hopscotch. You might argue that it is a bit discriminatory towards one side of the sidewalk but you can imagine the carnage if both ways traffic were allowed on the skipping pads. It was reported that several kids did not reach school and were found circling the crossroad skipping from crosswalk to crosswalk. That’s actually a lie, but I wouldn’t be surprised if it really happened. 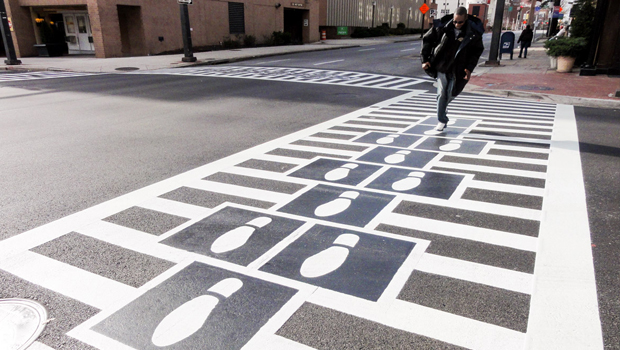 If you have any examples of your own, feel free to use the comment section.