The new Mercedes-Benz EQC keeps the flag up in terms of safety, just as any other car with the three-pointed star. The electric crossover has already undergone crash tests, so the automaker makes sure that it complies with the stringent safety standards and legal requirements.

The engineers have tested the high-voltage drive systems before validating the vehicle, in the Mercedes-Benz technology center for vehicle safety (TFS), the most advanced crash test facility in the world. 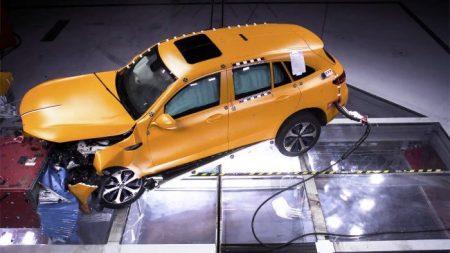 In order for the vehicle to be safe, Mercedes carried out various measures. Thus, the electric car receives a robust frame around the battery, with an integral crash structure, proceeded by deformation elements, capable of absorbing the additional forces in the event of a side impact.

A battery guard has also been mounted in the front area of the battery, so that no sharp objects can pierce the energy storage unit. 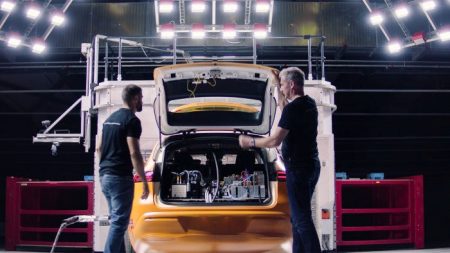 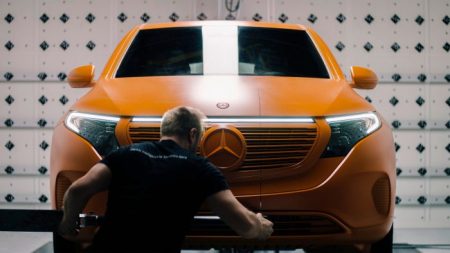 Mercedes-Benz also equipped the company’s first car designed as a zero-emission car with restraint systems that make it as safe as any Benz. It thus gets the three-point seat belts with pyrotechnical belt tensioners and belt force limiters for the driver, front passenger and passengers on the outer rear seats, as the center rear seats gets normal three-point seat belt.

The crossover is equipped with i-Size (Europe) and ISOFIX (other countries) child seat attachment points for securely attaching appropriate child seats on the outer rear seats. 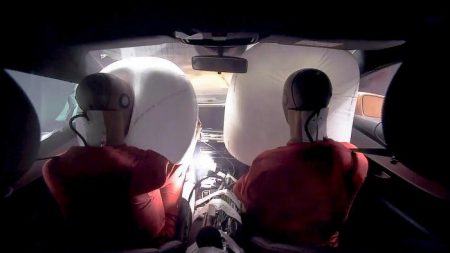 In the event of an accident, as the protective system is triggered, an emergency call or a service call is made, so the following steps can be followed, depending on the type and severity of the accident:

The car is fitted with a rescue sticker, that offers information on the vehicle’s rescue data sheet. Rescue teams will scan the QR code with a smartphone or tablet PC to make rescue operations as fast and safe as possible.