A car is not just a car. A car is a lifestyle. That’s exactly what Berlin-born music producer Conrad Fritzsch thought when he bought a Mercedes-Benz that is close to his own age. We bring you the story of his 450 SLC.

The retro car scatters the withered leaves fallen upon the ground and smokes up the tires, to prove it still has it. After all, this vehicle used to run the racetrack decades ago. The owner of this fine old “guy” is music producer is the founder and the CEO of the tape.tv project.

“My first love is music and my second love is right behind me”, he says pointing to the Mercedes that he is leaning against.

And for the sake of the show, Conrad Fritzsch covers it up in a white sheet and then reveals it with a dramatic move. The car built in 1979 features a 4.5 liter engine, delivering up to 214 BHP and reaching a top speed of 130 km/h. Not much, but it’s not about speed, but style here. 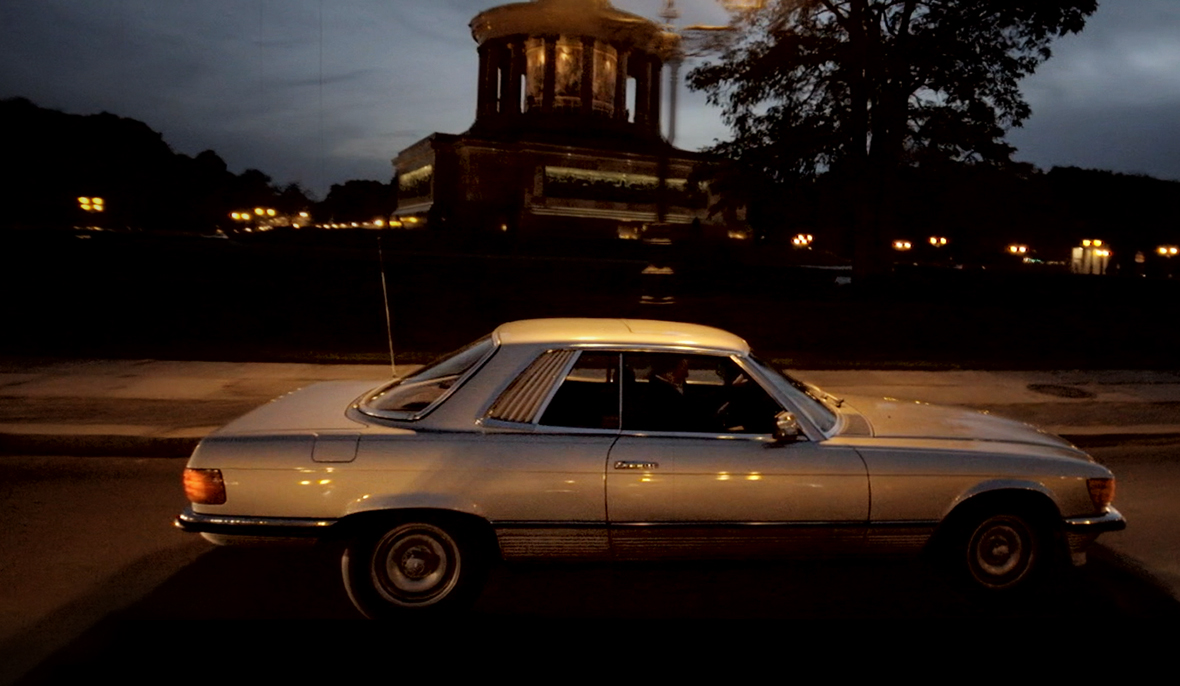 “In the past, I have driven almost every new car model that came into existence, until I realized I was missing authenticity, heritage and a story. The only thing the new cars offered was speed.”

And he did not need any. He wanted more than that. More than a car that would get him from A to B.

“I want to hear the sound of the engine, the look and the feel and appreciate the design.”

And then one day he got his eyes set on an announcement online. Somebody across the continent was selling his Mercedes-Benz 450 SLC. So Conrad got on a plane, got to his destination and bought it on the spot. It was love at first sight. And love is ageless.

“My car was made in 1979 with features ahead of its time, such as power steering, seat heating and sun roof.” But we already know Mercedes-Benz has always done that.

“It’s like you would buy an UFO today. That’s how advanced the SLC series engineering was.” In 30-40 years from now, people will be saying the same about the vehicles of today.