Ten challenges for Dieter Zetsche until 2020

In his tenth year at the helm of Mercedes-Benz, Dieter Zetsche is steaming ahead with the ambitious plan to win back Mercedes’ crown as No. 1 premium carmaker until 2020. Here are the main development directions and the challenges which Dieter Zetsche has to face to reach his goal.

In 1994, a German automotive journalist told me at a Mercedes-Benz presentation: “Look at this man. One day he will be the president of Mercedes-Benz”. The name of this man is Dieter Zetsche and in 1994 he was the head of sales at Mercedes-Benz cars division.

In 1998 Zetsche became a member of the DaimlerChrysler’s Board of Management and on January 1, 2006, he succeeded Jurgen Schrempp as chairman of DaimlerChrysler AG (now Daimler AG). Dieter Zetsche is credited with bringing significant core changes to the Mercedes-Benz company in an effort to turn around a decade long downward spiral in product quality and customer satisfaction.

Zetsche had a very important role in closing the DaimlerChrysler deal and coming back to the newly formed Daimler AG.

Schrempp’s alliance with Chrysler and Mitsubishi was one of the biggest failures in the car industry due to very different cultures and technology levels.

As an engineer, Zetsche realized that launching new and fresh products is the only way to grow and this is exactly what he did in the last 10 years. These results can be seen in the last two years because in car industry changes take time to get noticed.

Before Zetsche, Mercedes-Benz had to face problems with product quality and a model range too anchored in the past.

But the past is the past and our goal in this article is to present what Zetsche had improved in the last 10 years and what are his main challenges for the decade.

Re-confirmed as CEO for another 3 years, Dieter Zetsche has clear plans for the future.

We have to count that in 2014, Mercedes-Benz had only four compact models, with the new CLA Shooting Brake added to the range in February 2015.

But this is not the end of the story. Mercedes-Benz is planning a second generation of this very successful model range based on the new MFA platform.

Based on the evolution of this platform, Mercedes-Benz planned nine models instead of five in the current range.

The most attractive and profitable will be the coupe based on the A-Class. With an independent body and a sporty design, the A-Class Coupe could be the strongest rival for the Audi TT. The cabrio version is a natural derivative of the future coupe. We expect the new sports coupe on the market in 2018 or 2019, a short while after the next generation A-Class.

Filled with envy by the B-Class’ success, BMW has launched in 2014 the Active Tourer, hurrying-up afterwards with the seven seat Gran Tourer in 2015.

Mercedes will come with his own answer but not in the form of a seven seat B-Class. The answer will come from the future GLB, a GLA with a more boxy body, a longer wheelbase and seven seat configuration.

Another idea is a more practical sedan than the CLA. This version was not confirmed by Mercedes-Benz but it could make sense because it would be a different car from the CLA. CLA is fresh, young, stylish while a sedan could offer more practical core-values. 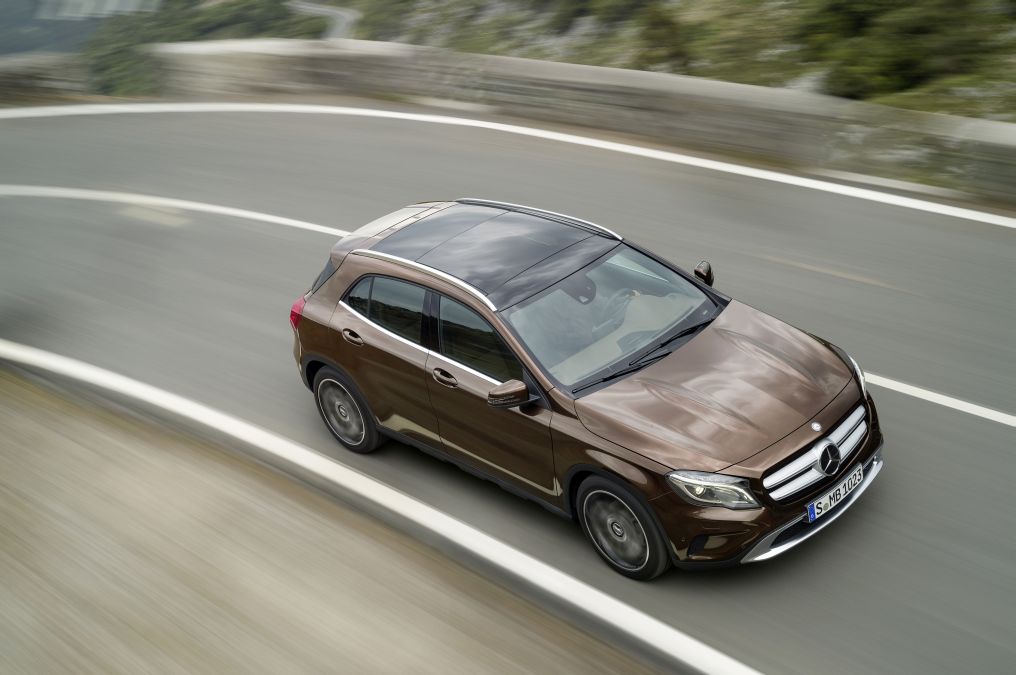 This field is a big challenge for Dieter Zetsche. The market for sports cars is shrinking dramatically and Mercedes-Benz has to find the best way to develop the future SLK and SL.

Current SLK generation is based on the old C-Class platform, while the SL is based on the E-Class. These platforms do not offer the sporty touch of the famous Silver Arrows which made history for Mercedes-Benz.

The idea is to create a separate platform dedicated exclusively to both the SL and the SLK, with a lower ground clearance, lower weight, low mounted engines and 50/50% weight distribution. With two cars on the same platform, it would be easy to reach the profitability level despite the decreasing market.

On the other hand, the new AMG models are more and more desirable. With the C 63 AMG, Mercedes-AMG enters on the territory of BMW and the new bi-turbo 4 litre V8 AMG engine is already the new standard in its segment.

C 63 AMG won the majority comparison tests against the BMW M4, which proves that the new AMG strategy is the right one.

AMG GT is the right answer to the Porsche 911/911 Turbo. Despite not having the ‘gullwing’ doors, AMG GT took over the SLS platform at a much lower price and offers more pleasure to drive and more performance.

In the last weeks there were a lot of rumours about a possible AMG GT4 with 4 seats and 4 doors. This car would compete against Porsche Panamera and will have the look of the AMG GT. But the platform will be take over from the next CLS, which will start in 2018. We expect the AMG GT4 to be available on the market in 2019. This will be the second owned AMG model in the range after the AMG GT.

AMG GT4 will use the new 4.0 liter V8 bi-turbo engine mated with a 9 speed automatic gearbox. Like AMG GT, AMG GT4 will be offered in different versions. The V8 engine has reserves to go up to 600 HP.

The estimated price is 140,000 euro explained by the ceramic brakes, electronic locking differential on the rear axle and an interior quality at the level of Mercedes S-Class. 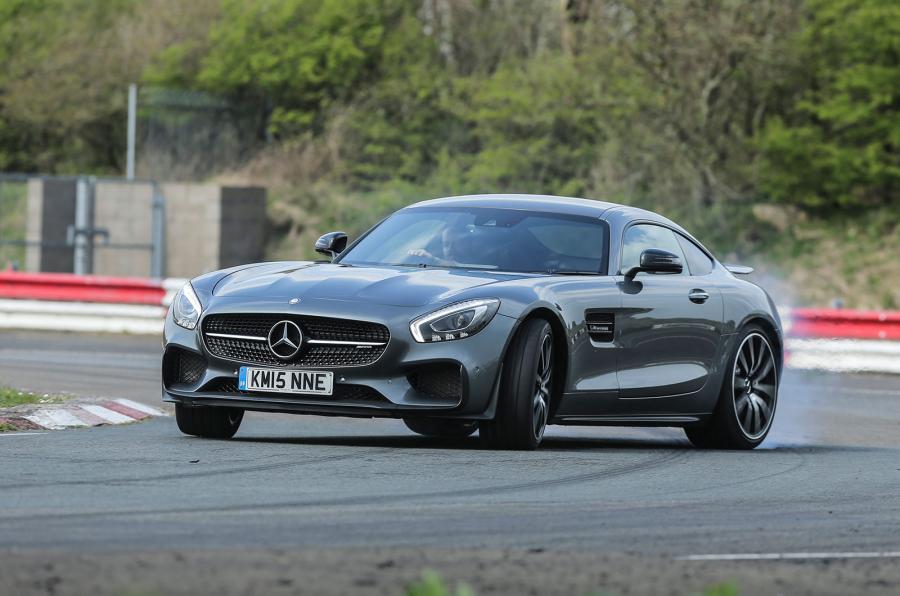 With the new C-Class, Mercedes-Benz has made a huge step forward. The new light body, the new front axles, the new interior and ergonomics have created new standards in the mid-size premium segment.

We will see the same platform in 2016 on the next E-Class. The future E-Class will be lighter, sportier, while the interior design will follow the S-Class’ line and not the C-Class’ line.

E-Class is crucial for Mercedes because it will be the first model to display the new inline-six engines, a famous configuration for Mercedes-Benz.

The E-Class family will include a real coupe and cabrio based on the E-Class, totally different from the C-Class Coupe and Cabrio already in the final development phase. 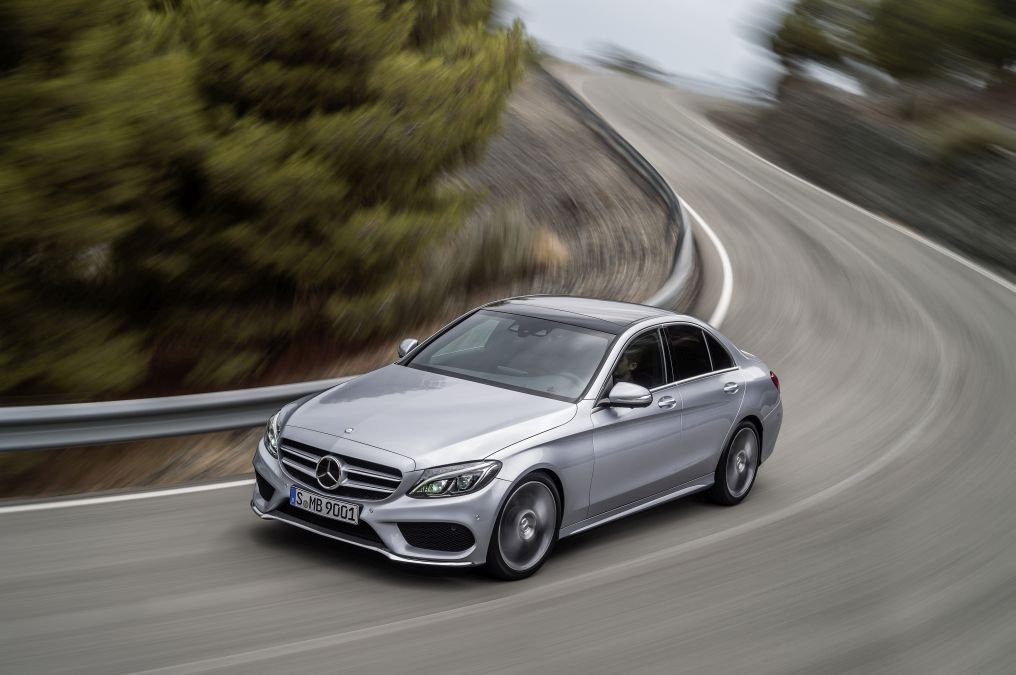 Killing the Maybach brand and recreating Maybach as a sub-brand is another brilliant idea of Zetsche.

Even if it is too early to conclude, Mercedes-Maybach S-Class is condemned for success. With a very good price positioning and a distinctive design, S-Class Maybach has all the chances to be a success. And there is also a potential for Maybach not only under the S-Class range. A future GLS Maybach, rumoured in the last months, could be a strong rival for the future Rolls-Royce and Bentley SUVs. 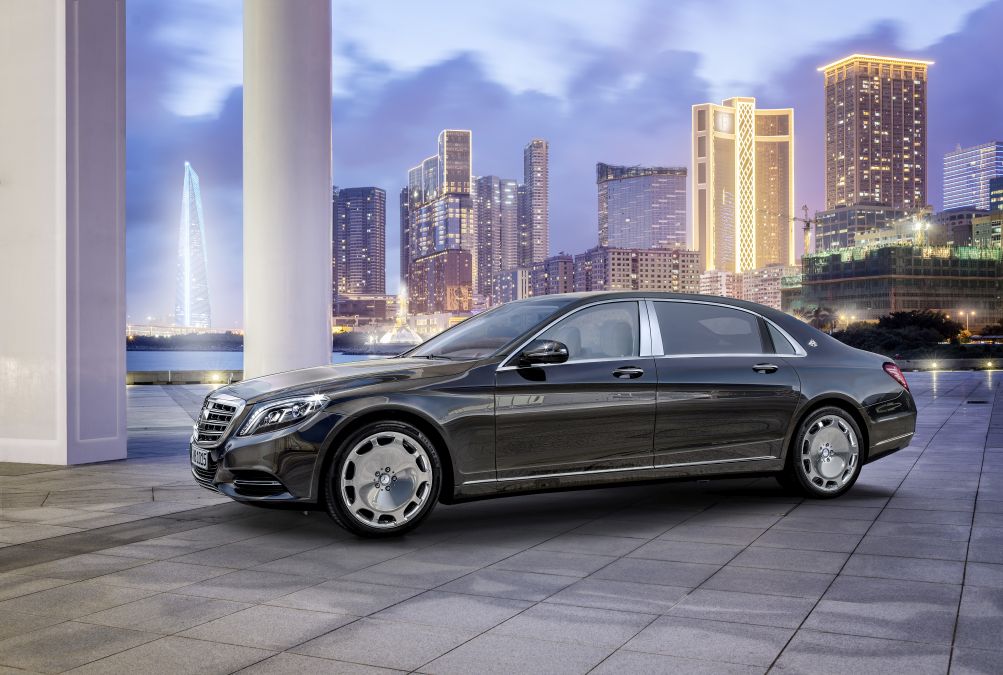 No other carmaker has such a large range of SUVs. From GLA to G-Class, Mercedes will have in 2016 no less than eight SUVs and we include here also the future GLC Coupe previewed in Shanghai.

The successor of GLK will arrive on June 17 in world premiere and the crucial question is if Mercedes-Benz customers will regret the angular forms of GLK or not. Looking at the last spy pictures which show the GLC almost unmasked we think the new design is more fresh and more sporty and will attract more customers.

With the GLC Coupe and GLE Coupe Mercedes-Benz reacts very quickly to the new trends and has an important advantage over Audi for example.

The iconic G-Class is prepared for a big change in 2016. One of the biggest modifications will be the new body having 10 cm more width.

And the story is developing. By 2020, Mercedes could have 10 SUVs in the range if we add here the GLB and the very much discussed X-Class – a small class SUV previewed by the G-Code Concept and based on a Renault platform. 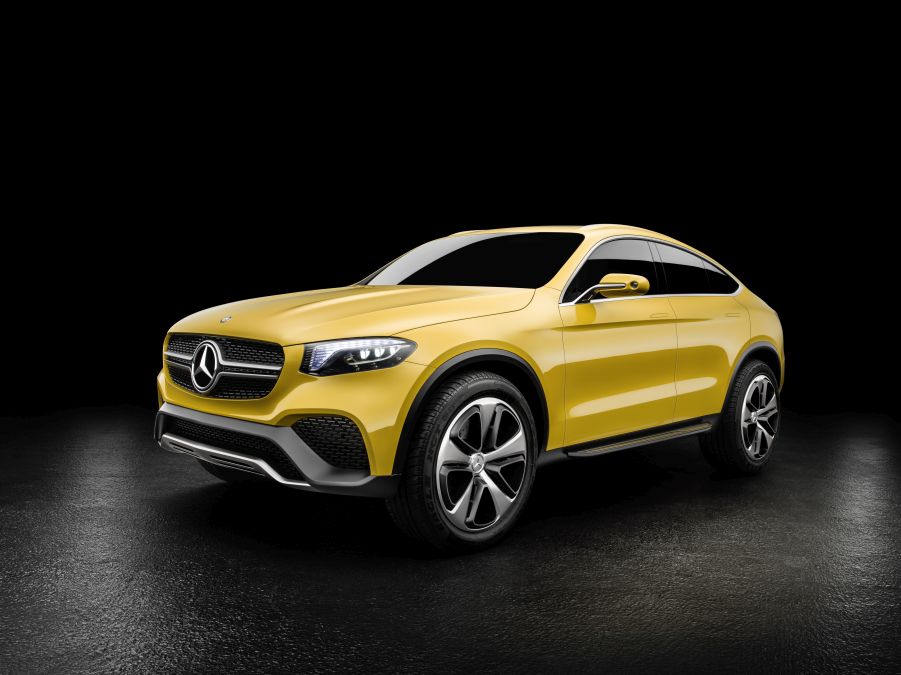 Mercedes-Benz was the fastest premium carmaker to launch the new Plug-In Hybrid technology together with Porsche.

In the next 3 years, Mercedes-Benz will launch ten Plug-In Hybrid models which is another crucial sales turn point against the competition. Plug-In Hybrid technology is one of the ways to meet the tough fleet emission limits of 95 g/km CO2 for 2020. 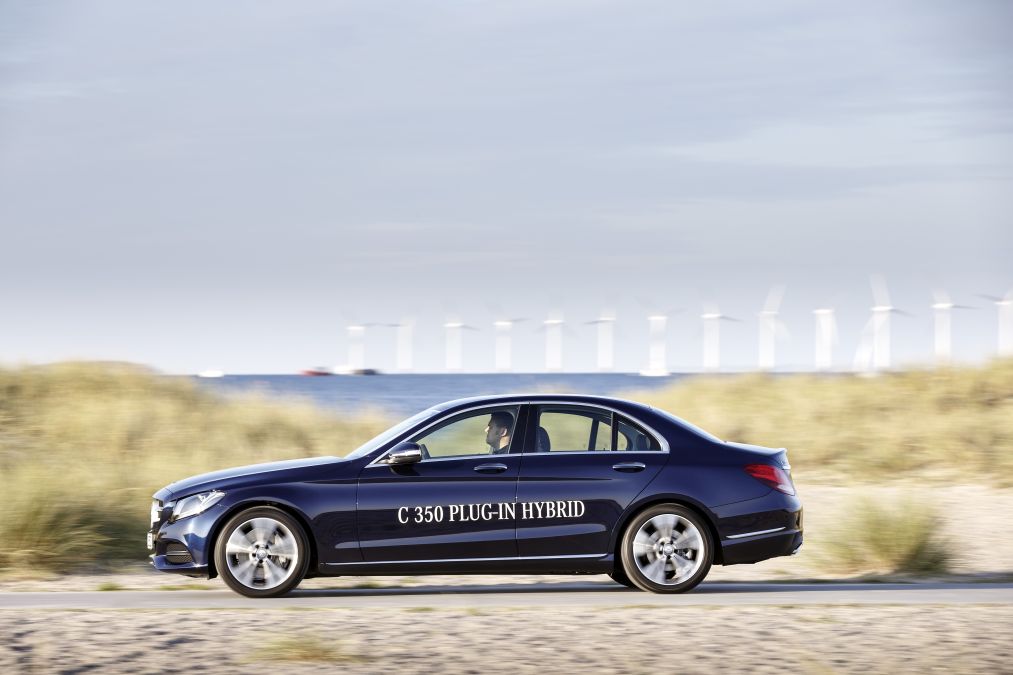 Mercedes is in pole position regarding hydrogen propulsion. B-Class Fuel Cell has already proven that it is a reliable source for the future.

F125! is another example of how a luxury sedan powered by Hydrogen propulsion could look in the next decade.

On the other hand, if the Hydrogen is stored at a lower pressure, the danger in case of an impact is much lower.

Zetsche is the man who believes in Hydrogen, a solution abandoned by BMW. BMW was very much in favour of Hydrogen at the beginning of the new century. 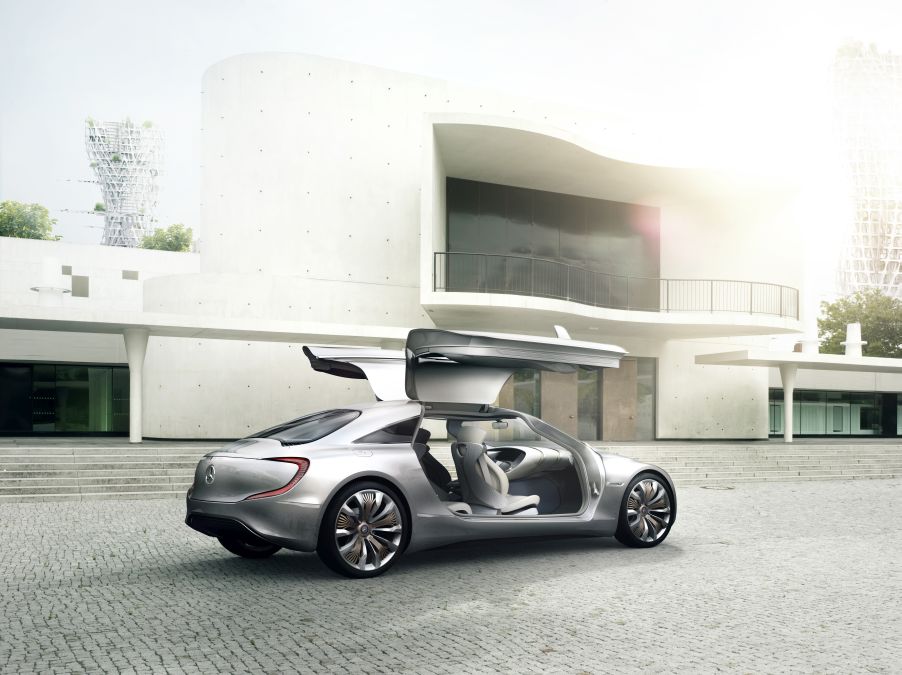 There are a lot of for and against opinions in the car industry regarding autonomous driving.

Thanks to the F015 Luxury in Motion concept Mercedes is the most advanced premium carmaker in developing not only an autonomous driving style but a special vehicle dedicated to a totally new era.

F015 Luxury in Motion showed us that there is a future for the S-Class and if the dreams go on, we could see in one day an autonomous luxury sedan powered by Hydrogen propulsion. 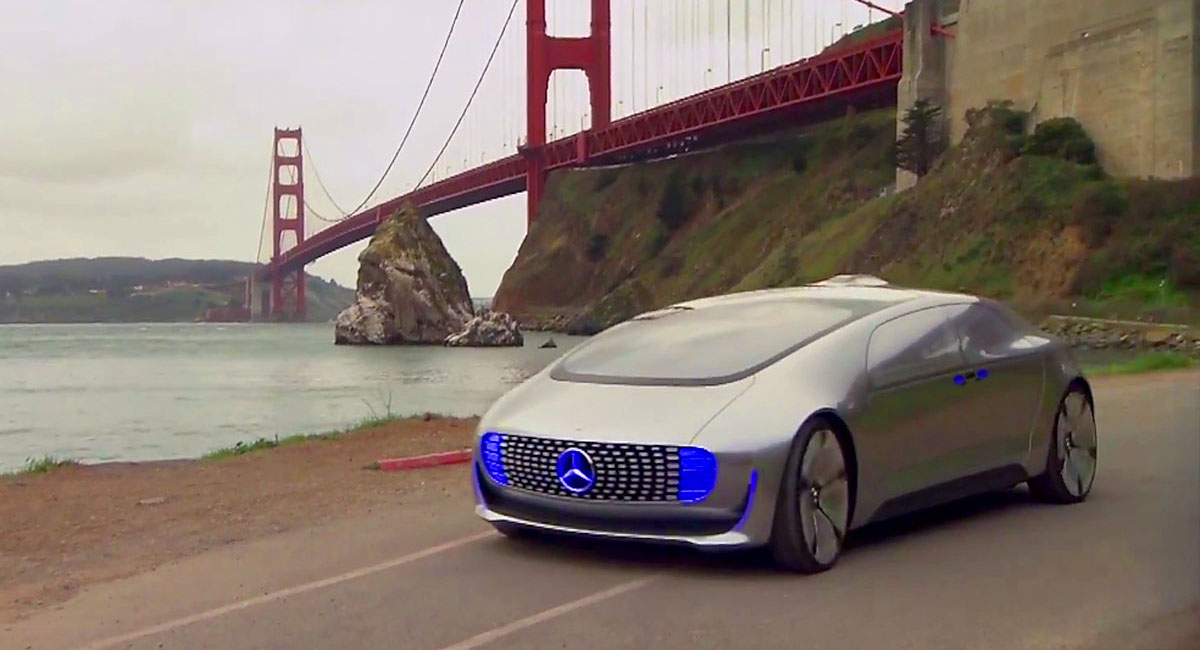 Mercedes did not choose the expensive way used by BMW to create a sub-brand special for electric vehicles.

The B-Class Electric Drive is produced on the same assembly line as the conventional B-Class, offers the same performance like BMW i3 but it has more space and five full places on board.

The partnership with Tesla was the right move for Zetsche.

The future smart Electric Drive promises an increased range at an attractive price. Given its platform characteristics, smart is the most suitable vehicle for the electric propulsion due to the rear mounted engine and rear wheel drive. Due to the high torque of the electric engine, the rear wheel drive is more efficient for an electric propulsion because grip is better on the rear axle.

Mercedes is in the pole position also regarding developing the new type of batteries. The future generations of electric cars will have an increased range. 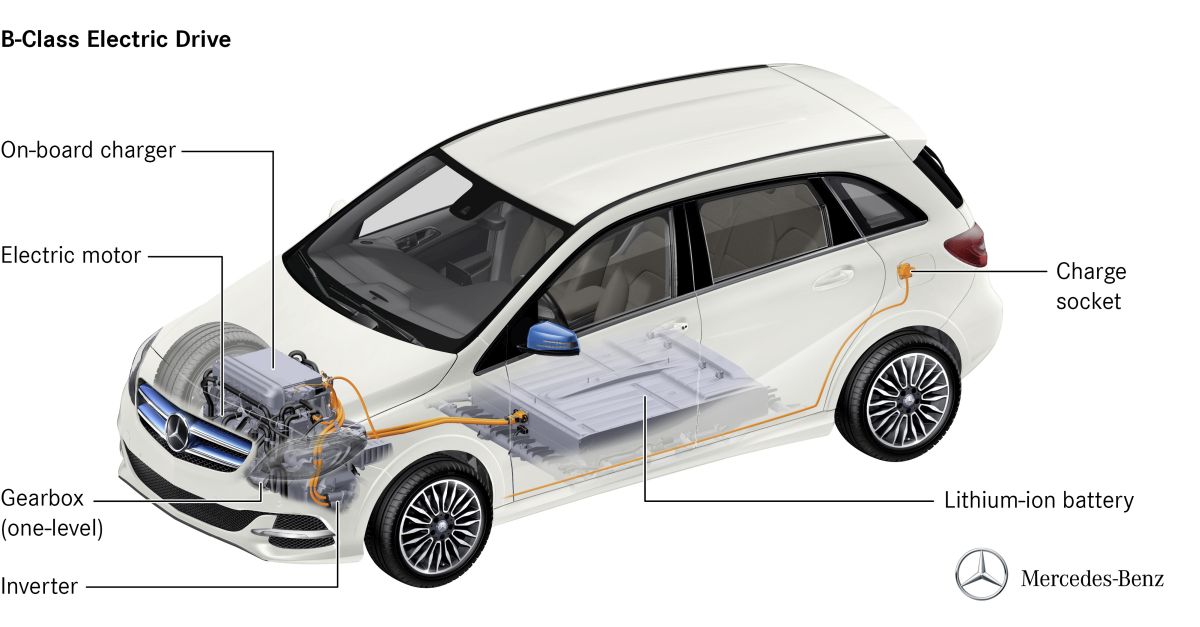 Zetsche predicted the potential of the Chinese market. China is the second market for Mercedes-Benz ahead of native Germany.

Mercedes-Benz will spend 1 billion euros to expand the production capacity at their Beijing plant. The factory which currently builds the C-Class and E-Class sedans and GLK will be able to produce more than 200,000 cars this year when GLA will complete the range of cars produced in China. 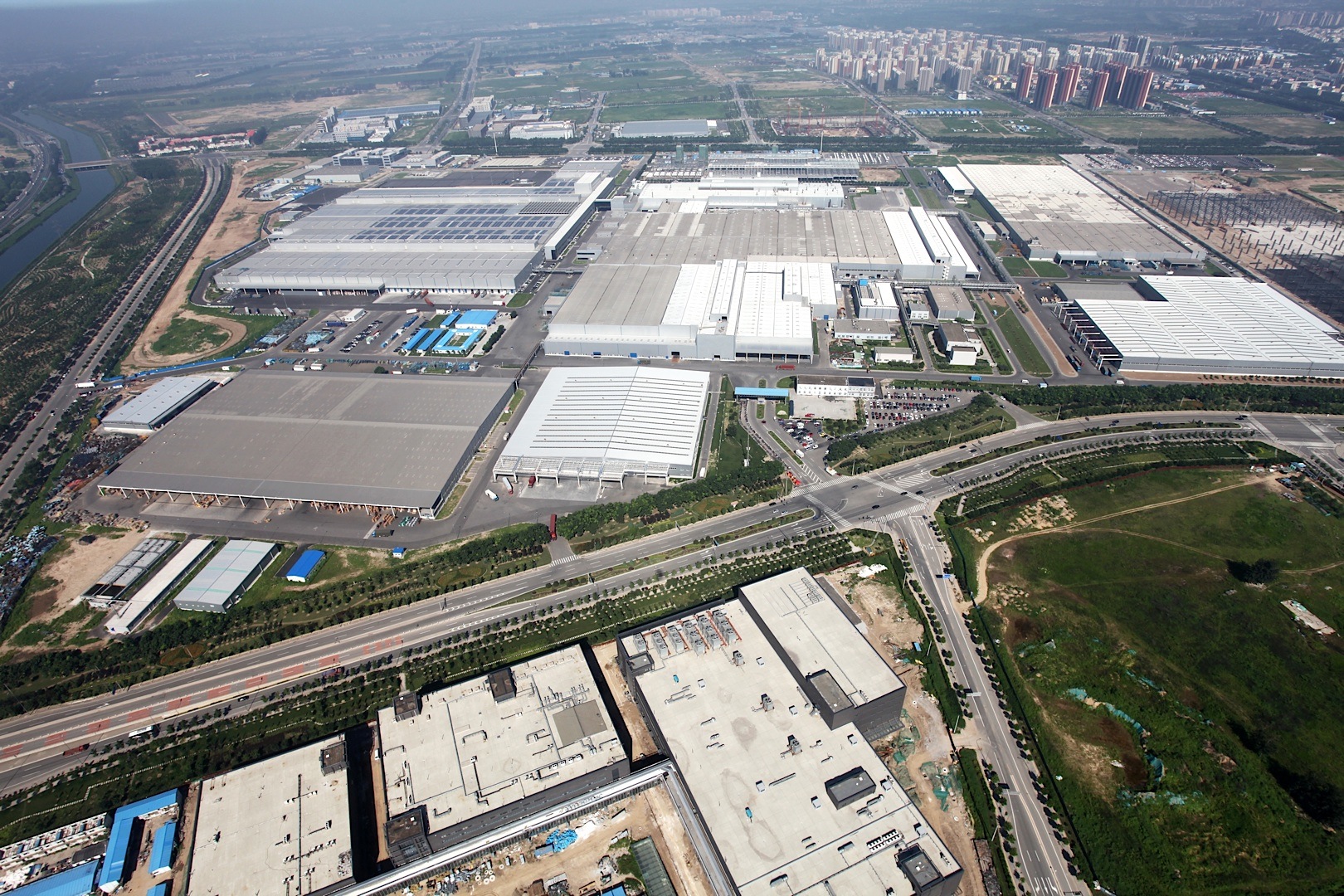