Mercedes-AMG rules out the idea of building a super SUV with the Black Series badging. The leading position on the AMG ranking is reserved strictly for the two-door models.

The AMG boss Tobias Moers was the man to confirm that there will be no high-ride Black Series in the portofolio of the Affalterbach-based power house, in an interview for AutoGuide, at the New York Auto Show.

“No, no, no, no… never. Black Series is for the racetrack”, was his definite reaction, when asked if the super sports SUV was part of the company’s plan, thus restricting the special series to the two-door cars, even though Jaguar Land Rover is planning on a rollcage-equipped SUV, especially trained to take on the Nurburgring. 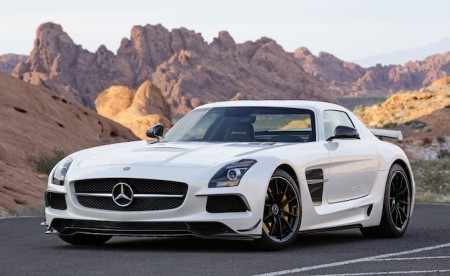 The AMG Black Series has been the most extreme vehicles manufactured by Mercedes until today. The supreme power was granted to only one model at a time and the list includes the SLK, the CLK, the SL, the C-Class and the SLS. All of them have been coupes with folding hardtops, while fixed tops where mounted on the SLK and the SL.

The last unicorn of the series was the extreme exotic SLS AMG Black Series, that saw the light of day back in 2013. The entire model line was though closed down two years later and the AMG fans have been impatiently waiting for one ever since. With an already three-year wait, the Black Series model should be right around the corner, taking shape in a racetrack-focused AMG GT coupe.

When the GT will be a retiree, the Black Series model will have its hayday. It would be lighter, stronger, faster and featuring more downforce. Prototypes of the model have already been seen testing around Nurbrugring for the past few months, so it can’t take much longer until they strip off the camouflage.