For the lastest years, we have seen vehicles and concepts like Renault Twizy, Opel RAK, Audi Urban Concept  and VW XL1, to mention only the most important.

But in 1997, Mercedes presented, in the Frankfurt Motorshow, a revolutionary concept named F 300 Life Jet, which tilts on bends like a motorcycle thanks to the Active Tilt Control (ATC), but offers the safety and the comfort of a car.

The F 300 Life Jet is a three wheels vehicle for two persons, who stay one behind the other. And with three wheels, the stability is better than on two wheels. Basically, the car is a coupe, but the two parts of the roof made of aluminium and transparent plastic can be removed and stored behind the rear seat. The doors system is very complicated and it includes an upward-opening hinged door for the driver and another hinged door, which swings to the rear, for the passenger.

The Active Tilt Control (ATC) is a complex electronic system, which calculates the tilt angle in relation with the vehicle’s speed, acceleration, steering angle and yaw behavior. 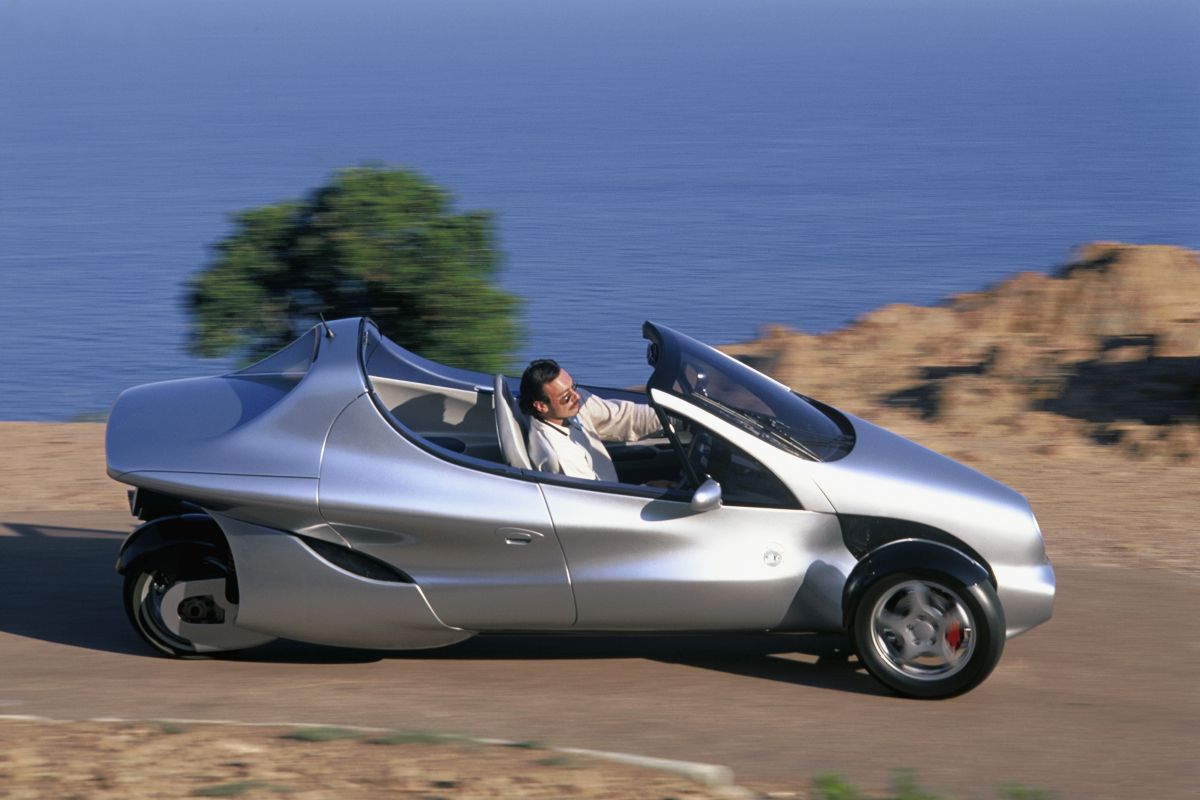 The maximum angle speed is 30 degrees, the special tires allow a large camber and slip angles and the rims made by magnesium weight only 75%, compared with conventional aluminium rims.

The chassis of the two seater is made from aluminium and weights only 89 kg. The 1.6 liter 102 HP 4-cylinder engine was sorbed from the A-Class and it drives the rear wheels.

The cockpit resembles the idea of an aeroplane with a steering wheel, gauges, shift lever and seats, having a jet plane character.

New requirements for the mobility of the future tugs in again such concepts like the Mercedes F 300 Life Jet. Such vehicles could establish a new segment for the modern people: the feeling of a convertible, the performance of a sports car, the comfort of a compact car, the safety of a Mercedes-Benz and the footprint and consumption of a mini class car.