Lewis and Nicole – The Kiss of the Champion

There was somebody in the stands who could barely watch the race, even though Hamilton seemed to be a rocket. We are talking about Nicole Scherzinger, Lewis Hamilton’s on and off girlfriend. When he got out of the car, the world champion went directly to her.

It seems to be the most awkward kiss in the history of the motorsport, but it is the kiss of the world champion. Lewis Hamilton and Nicole Scherzinger right kissed through the helmet, after he became best driver of the season in Formula 1.

It’s been a bumpy season for Hamilton and a bumpy ride in his relationship with the 36-year old singer, Nicole Scherzinger. They started their rollercoaster love relationship back in 2007. Nine years his junior, Nicole wanted a family, but the driver kept delaying the moment of the proposal. They split once every year: in 2010, 2011, 2012 and 2013 they kept saying goodbye and hello again and again. In 2013, she moved to California, to judge a music contest and they broke up, apparently for good. But they could just not stay away from each other. They got back together in March 2014 and seem to be inseperable since. Also wedding rumours are back in.

Hamilton was overwhelmed with emotions, while they played “God Save the Queen” for him, on the podium. He started crying, but his tears were quickly washed off by champagne. Down there, Nicole and his family were crying their eyes out. 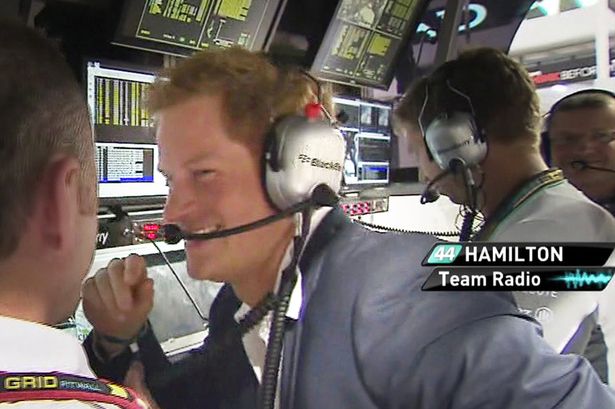 The British driver had flown the flag of England in the car and did again up on the podium. As he was crossing the finish line, Prince Harry came on the team radio to congratulate him. All he could mumble right after the victory was “I’m lost for words”. During the press conference, he added: “I can’t explain how much this means to me. It means more than the first one. I am blessed. It is the greatest day of my life”, he said, claiming that he felt like a rocket at the best start of his life in Abu Dhabi.