Could driverless cars actually own themselves?

With cars like the new Mercedes-Benz S-Class being only one step away from becoming fully autonomous and concepts like the F015 Luxury in Motion paving the way for driverless cars, somebody raised a question: could these future cars actually own themselves?

This may sound like Science Fiction and, frankly, it’s exactly what it is, but it’s better to ask questions and be prepared for anything than to be taken by surprise.

The man who thought this out is Mike Hearn, an ex employee of Google (obviously) and one of the leading Bitcoin software developers. Currently, he’s still a software developer, but he’s now based in Zurich and keeps his work on a lower profile.

He insists this idea of his discussed in a BBC feature is not in any way related to his work, instead it’s something you can consider “food for thought”. 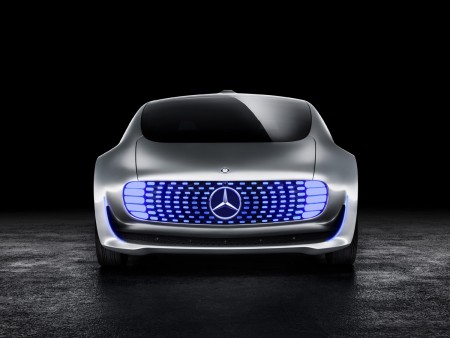 His whole argument is based on the fact that driverless cars will become commonplace and, thus, a lot of people will not feel the need to own one anymore (after all, why own a taxi?). He then veers into a more socialist direction, saying that riding in an autonomous car would be cheaper if that car was self-owned, instead of a propriety of major corporations. Yeah, like that’s really going to happen.

“The funny thing about a car that owns itself is that we can encode whatever rules we like into its software,” he says. “We can program it to make a little bit of profit, so it’s got some money for a rainy day, but not excessive amounts. We can make it the most moral, socially minded capitalist possible.”

The cars will not be using different types of software to communicate with each other and people, but a new internet-based commerce system Mr. Hearn calls the Tradenet (he should know what he’s talking about, since he’s created Bitcoin, the famous virtual currency).

“You would be using an app that goes onto Tradenet and says: ‘Here I am, this is where I want to go, give me your best offers.’ The autonomous taxis out there would then submit their best prices, and that might be based on how far away they are, how much fuel they have, the quality of their programming.”

“Eventually you pick one – or your phone does it for you – and it’s not just by the cheapest price, but whether the car has a good track record of actually completing rides successfully and how nice a vehicle it is.”

The car also has a few tricks up its sleeve. It can ask for extra cash (virtual, of course) to switch to faster lanes or unlock shortcuts, the cost of each of these depending on how many other people asked for the same thing.

At this point, Mr. Hearn feels the need to reassure people that these cars are not self-aware, so there’s no need to fear an uprising – or even a strike that would freeze transportation all across a city or even the whole world. However, they will be programmed to seek self-improvement, in order to avoid becoming obsolete. So, if you’re a human programmer in the year 2050, expect to get a call from a four year old Mercedes-Benz S-Class requesting a few updates and tweaks to its software. 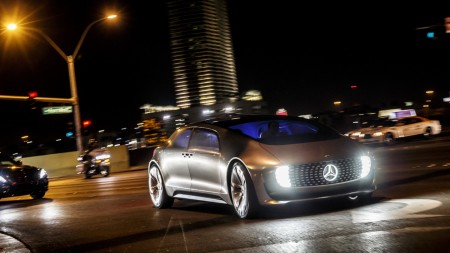 But what would happen in the case of a demographic explosion? Think of all those poor people who would have to use alternative transportation. Mr. Hearn though about this as well, even though his solution is even weirder than everything he’s come up with until now.

He postulates that the cars could chip in with every extra earnings they might have and ask the factories to produce more cars. “After it rolls off the production line… the new car would compete in effect with the existing cars, but would begin by giving a proportion of its profits to its parents. You can imagine it being a birth loan, and eventually it would pay off its debts and become a fully-fledged autonomous vehicle of its own.”

Wait, it gets even better. After baby-autonomous cars, Mr. Hearn imagines immigrant driverless cars: “If there were too many cars and the human population drops, for example, then some of those cars could put themselves in long-term parking and switch themselves off for a while to see if things improve,” he says. “Or you could get immigrant vehicles driving to another city looking for work. Ultimately, they could just run out of fuel one day. They would go bankrupt, effectively, and become available for salvage.”

Mr. Hearn is perfectly aware of how odd all this must seem to most people now and he even acknowledges that people might struggle with the concept even then: “Some people would find it creepy and weird, and they would refuse to do business with machines. They would hate the idea of a machine being an economic equal to them – a modern Ludditism, if you like.”

While all this sounds plausible, it also sounds extremely unlikely. This arrangement would mean that the people who develop all the software necessary for these cars to operate dropped any claims of a profit out of their work by allowing the cars to act completely autonomous. They might take a margin out of the cars’ profit, but the opportunity to run such a fleet of cars would probably be too tempting.

You can read the whole story at this link: BBC.co.uk