63rd consecutive sales record for Mercedes-Benz in May

Mercedes-Benz posted a new sales record in the month of May, the 63rd consecutive such figure for the three-pointed star brand that sold almost 200,000 vehicles worldwide.

It was the best-ever month of May for Mercedes-Benz with a total of 198,187 cars delivered last month, a 2.3% increase. 985,063 units were sold in the first five months of the year, meaning 5.4% more than in the prior-year period.

Mercedes-Benz proudly stands as the premium brand with the highest number of new registrations in May in countries like Germany, France, Belgium, Portugal, Greece, USA, Canada, Brazil, South Korea, Japan and Australia.

393,977 cars stayed in Europe from January to May, assisting the company in posting the highest unit sales ever in the first five months of the year across the continent. 81,011 of them were handed over in May. Germany accounted for 125,817 vehicles this year.

The unit sales in the Asia-Pacific region went up by 10.2% last month, reaching 79,481 units delivered. Starting January, the premium car company achieved double-digit growth in the region with sales of 408,844 cars (+13.6%), thus setting a new record. China received more units than ever before, with 56,066 customers happily receiving their new Benz last month (+12.1%), as the E-Class Cabriolet and the S-Class Coupe have joined the Chinese market. South Korea, Japan and Australia also marked sales record figures. 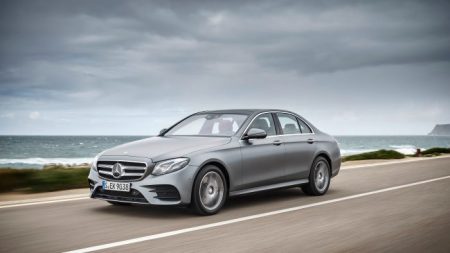 The record set in May is mostly thanks to the high demand of SUV models, with the GLC in the lead once again. With an increase of 4.3%  up to 69,340 units, more SUVs were sold than ever before in a May and 349,119 customers purchased a Mercedes-Benz SUV this year. The company is now counting on the newly released G-Class, that already seduced 300,000 customers since its arrival on the market back in 1979.

The E-Class sedan and estate variants, with 152,618 units delivered, has also made an impression on the market this year, while the extended wheelbase model, commercialized in China and India, attracts more and more customers in search of comfort and luxury.

On the market for four years, the smart convinced 11,609 urban residents, reaching a total figure of 52,463 units for the first five months of the year.