Anniversary: Mercedes-Benz Model S was the first of the “white elephants” 90 years ago

It was June 19th, 1927, the magical day Rudolf Caracciola won the first of the races for sports cars at the Nürburgring driving a Mercedes-Benz Model S. 90 years have passed. It was just the beginning of the story of success for Mercedes-Benz in motorsport.

The years that followed belonged to the Mercedes supercharged sports cars. The models S, SS, SSK and SSKL ruled the racetracks of the era. In the automotive world, “S” proudly stands for “Sport”. And so did for the Model S, as Mercedes made its virtues clear from the very beginning.

Rudolf Caracciola finished first in the inaugural race for sports cars at the then newly opened racetrack Nürburgring. He was driving the Model S, securing the fastest time for all classes with an average speed of 101.1 km/h. It was a 1-2 finish, as his teammate, Adolf Rosenberger, also driving a Model S, came second. It was a 29-kilometer lap, as the race took place on both the “Nordschleife” (North Loop) and the “Südschleife” (South Loop).

In 1931, at the Mille Miglia competition, Caracciola was the first winner of the legendary race who was not an Italian. 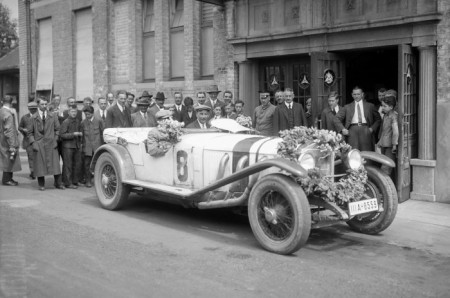 The car was soon nicknamed the “white elephant”. As unflattering as it may seem for a motorsport vehicle, it was still Mercecdes-Benz effortlessly dominating the racing scene of the 20s and of the 30s. The white cars of Germany’s racing team were robust and powerful, while the internal roaring of the supercharger contributed to the nickname. 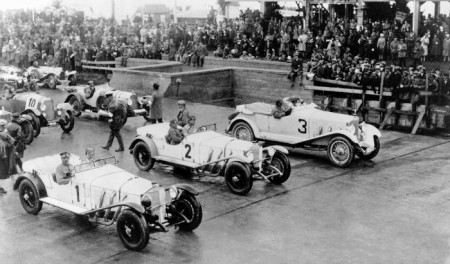 The story of success began with Nürburgring and went on and on with the Baden-Baden Automobile Tournament from 5 – 9 July 1927, the Batschari Challenge Trophy, Mercedes-Benz works team takng all three podium places in the German Grand Prix for Sports Cars at the Nürburgring. All three in a Model S.

In the national championship, Caracciola won the class for touring cars with over 5 litres displacement in the Mercedes-Benz Model S, setting a new record the class that still stands today. The Model S from Stuttgart took the first four places on 13 August 1927. Caracciola won again on 14 August in the international race for sports cars with up to 8 litres displacement.

The Mercedes-Benz Model S was also available for private customers. The close relationship between racing cars and private motorists cars still stands today, bearing the name of Mercedes-AMG and sending onto the road a whole exciting family. The AMG GT is available as a Coupé and Roadster, spearheaded by the street legal GT R super sports car. In the customer sports programme the teams have gone for the Mercedes-AMG GT3. And what a choice that was! 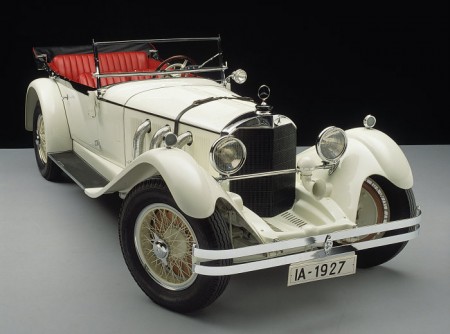