The Mercedes-Benz 770K Grosser Offener Tourenwagen, that Adolf Hitler paraded in, from 1939 until 1941, is now going under hammer in January, at the Scottsdale auction.

The limousine was especially ordered and built for the Chancellor of Nazi Germany and the Fuhrer of the Third Reich, Adolf Hitler. The car was eventually taken from an occupied Germany by the U.S. Army in the end of the World War II, in 1945. It was, for a while, under the possession of the Imperial Palace Casino collection and other iconic car collections. 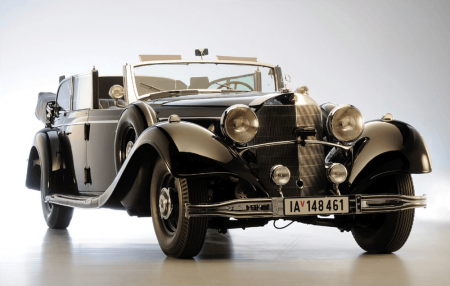 The presidential car is one of a kind, being one of just a few surviving Offener Tourenwagens, all being the possession of the heads of states and other VIPs. So expensive and exclusive they were. Emperor Hirohito of Japan, the King of Norway, Portuguese dictator António de Oliveira Salazar, Spanish dictator General Franco and the head of the Catholic Church, Pope Pius XI had one. 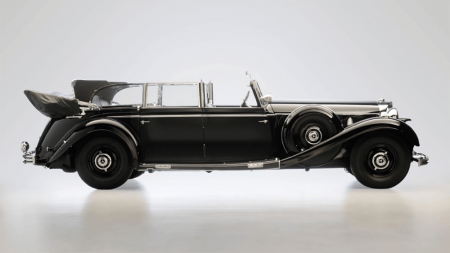 Of course, it does not come as a surprise that, like any memorabilia from Hitler, is a victim of controversy. A car similar to this, sold as one of “Hitler’s cars” became the most expensive ever sold at auction in January 1973, in Scottsdale Arizona, then sold for a world record price of $153,000. A year later, the limousine was allegedly sold for 30% more money than its auction value, in a private sale.

Worldwide Auctioneers is counting on selling for even more, considering that 10% of the amount will be donated for educational reasons regarding the Holocaust.