Toto Wolff hopes to sign a new contract with Lewis Hamilton before Australian Grand Prix, despite the fact that Mercedes still insists that there is no certain deadline for a new contract.

Lewis Hamilton remains under contract for 2015, but he has yet to sign for an extension to the original three-year contract. At the Jerez test recently he was spotted in intense negotiations with Toto Wolff and team chairman Niki Lauda. Even though Mercedes F1 team opted to delay negotiations, there is still no confirmation about an extension for the 30-year old Briton.

After all, it seems that things are going on the right path with Mercedes boss Toto Wolff admitting that the team hopes to have things done before the Australian Grand Prix in Melbourne over the weekend of 15th March. 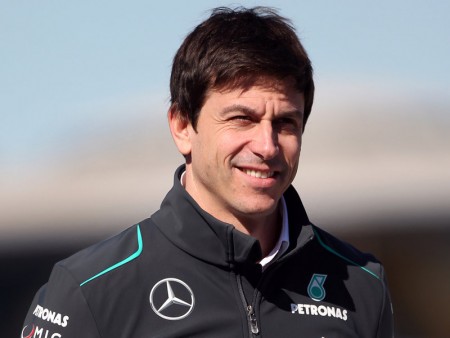 “There is no reason for us to believe that it is not going to go in the way we think is right, and Lewis things is right,” Wolff told Press Association Sport. “Therefore we aim to finish the discussions before the start of the season but this is not a deadline we have set ourselves because the moment you set deadlines, you put yourself under pressure and we don’t want to put him or us under pressure.”

According to Wolff, both sides were “open and honest” regarding their intentions as far as their plans for the future are concerned.

The Guardian reported that Hamilton’s new contract with Mercedes Formula 1 team is worth £ 60 million. The deal which will last until 2018 is higher than what Hamilton was initially offered when he first joined the F1 team.