It was probably the most spectacular qualifying session of the last few years and luckily, it turned out just right for Mercedes-AMG PETRONAS. Right after signing his new contract with the team, Nico Rosberg snatched the pole position in Hungaroring after terribly rainy Q1 and Q2.

The storm wrapped Hungaroring in massive rain, so the first qualifying session started with a delay of 20 minutes. Instead of lasting 60 minutes, it took two hours for the drivers to complete the quali and set their cars on the grid. 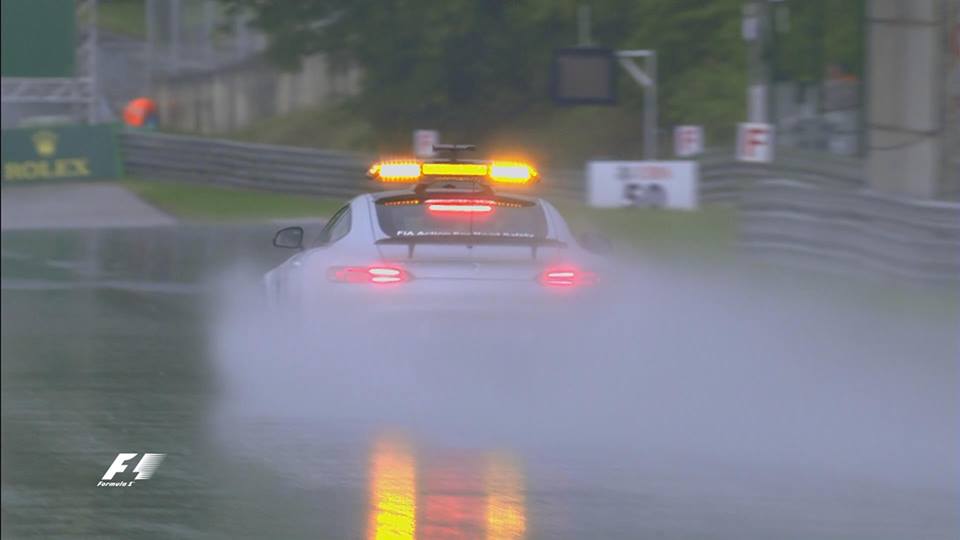 The Safety Car driven by pro driver Bernd Maylander, carrying the Charlie Whiting, the FIA Formula One Race Director, started lapping Hungaroring to see if it was fit for the racing cars. He took his chance and sent the drivers onto the racetrack, but decided to pull them back four minutes later. 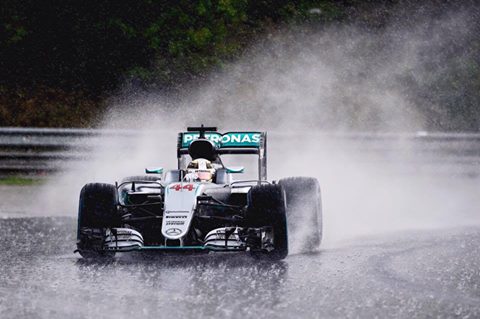 A new cloud had crashed on the circuit. The wet tires did a miserable job, so Marcus Ericsson once again, Felipe Massa and Ryo Haryanto were just few of those who crashed. Nico Rosberg and Lewis Hamilton were only in the 20th and 21st spot when the red flags came out. And then the sun started drying the first sectors of the circuit, so the Mercedes-AMG drivers did their job.

For Q3, all drivers had already switched to super soft tires. It seemed to be Hamilton’s session, as he was running a fast lap in his final outing on the circuit. But the yellow flags forced him to slow down, after Fernando Alonso’s McLaren spun out of the racetrack. Hamilton could only watch teammate rival Nico Rosberg arriving just as the yellows had been cleared and move him down from the pole.

So it’s Nico Rosberg’s 20th pole position, followed by teammate Lewis Hamilton. The two Red Bull Racing drivers, Daniel Ricciardo and Max Verstappen, got the secod line of the grid. Ferrari’s Vettel was fifth, but his teammate, Iceman Kimi Raikkonen had to settle for the 14th position.

We’ll bring you the latest news from Hungaroring, as the story unfolds!