Named after the British racing driver, the SLR Stirling Moss is a limited edition variant unveiled at the 2009 Detroit Auto Show. The limited edition sports car has a speedster styling that does not include a roof or a windscreen. The car is designed by  Yoon Il-hun and is inspired by the 300 SLR race car. The interior was designed by Dutch designer Sarkis Benliyan. The SLR Stirling Moss was to be the last series of the McLaren SLR built under the partnership between Mercedes-Benz and McLaren, until McLaren announced their own final edition of the SLR in late 2010.

The supercharged 5.4-litre AMG V8 engine is rated at 660 HP. The SLR Stirling Moss could attain a top speed of 350 km/h  with acceleration from 0 to 100 km/h achieved in 3 seconds. The car is approximately 200 kg (441 lb) lighter than the regular model due to carbon fibre construction and speedster styling.

The SLR Stirling Moss began production in June 2009, after the SLR Roadster was discontinued in May 2009. All 75 cars planned to be produced were completed by December 2009. The SLR Stirling Moss was available only to the existing SLR owners and each car cost in excess of 1 million USD. 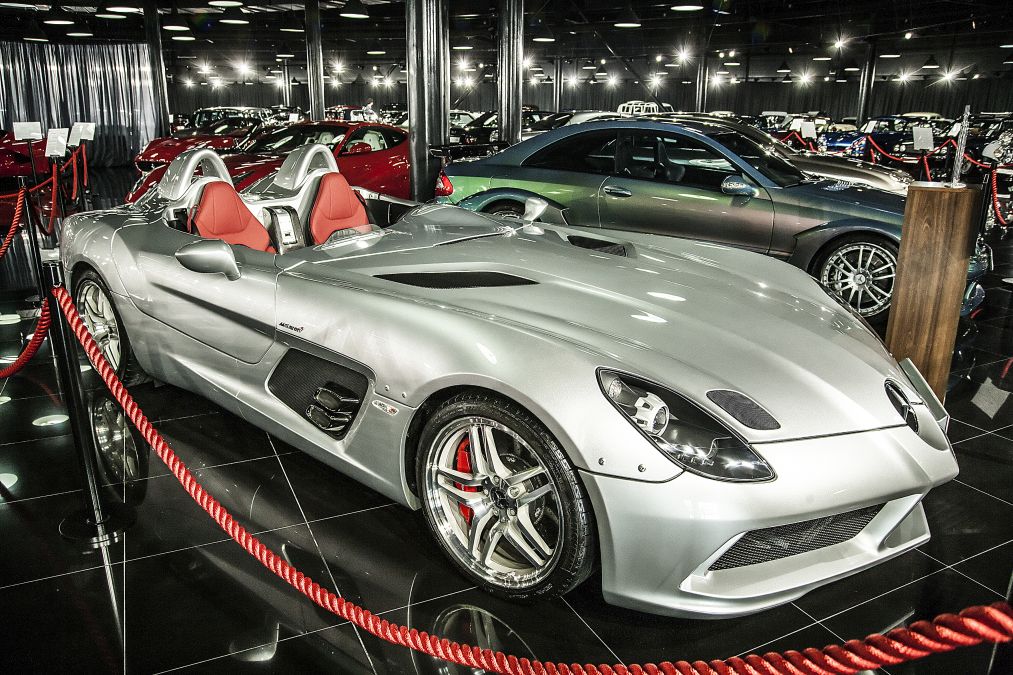