The long bonnet hides a 5,4 liter 8 cylinder inline supercharged engine. You can imagine the divine sensations that only an old-school 5.401 cc inline-8 can offer. True, power is only 115 HP, enough though to tackle a Hollywood-style promenade. As a paranthesis, there is also a Roots supercharging system that can provide extra momentary power, up to 180 HP. The automobile had been conceived to reach the maximum speed of 170 km/h, and after he driver gamely blends among the four speeds of the gearbox (there were also 5-speed versions), a 29 l/100 km fuel consumption was reached. And not only the driver could enjoy the thrills. In the case of the Cabriolet A version, there are two conventional seats and there is a third smaller one, crossly placed in the back, too. 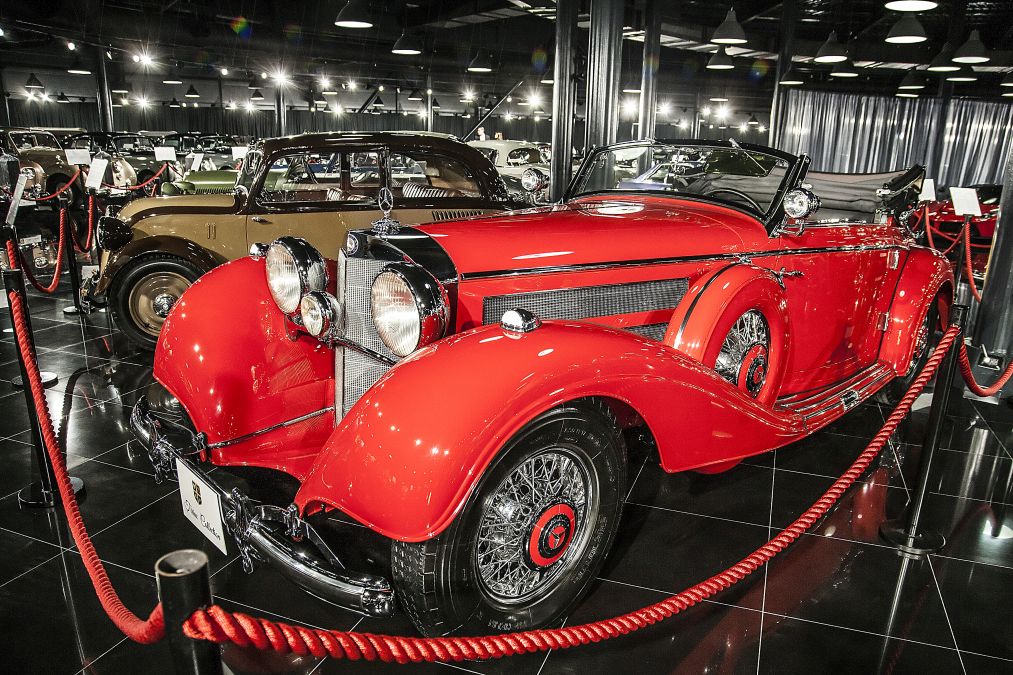