Mercedes-Benz is being sold like hot cakes in India, where the sales grew by 16% this year. Over 7 000 units reached the customers’ garage in the first months of 2014 only. SUV sells best in the country where luxury cars make space on the road between the sacred animals, the cows.

You cannot honk at a cow in India. Not even if you are in a Mercedes-Benz. So the traffic jam is the same for everyone, especially if the sacred cow is tired and needs to lie down. But the traffic jam is full of Mercedes models, as the German car maker sold 7,529 units from January to September. The brand sold 6,461 units in the same period last year.

Mercedes-Benz India Managing Director and CEO, Eberhard Kern, explains the sales growth: “We have launched eight new models, sold more cars than ever before, expanded to newer markets and offered value to our customers.” 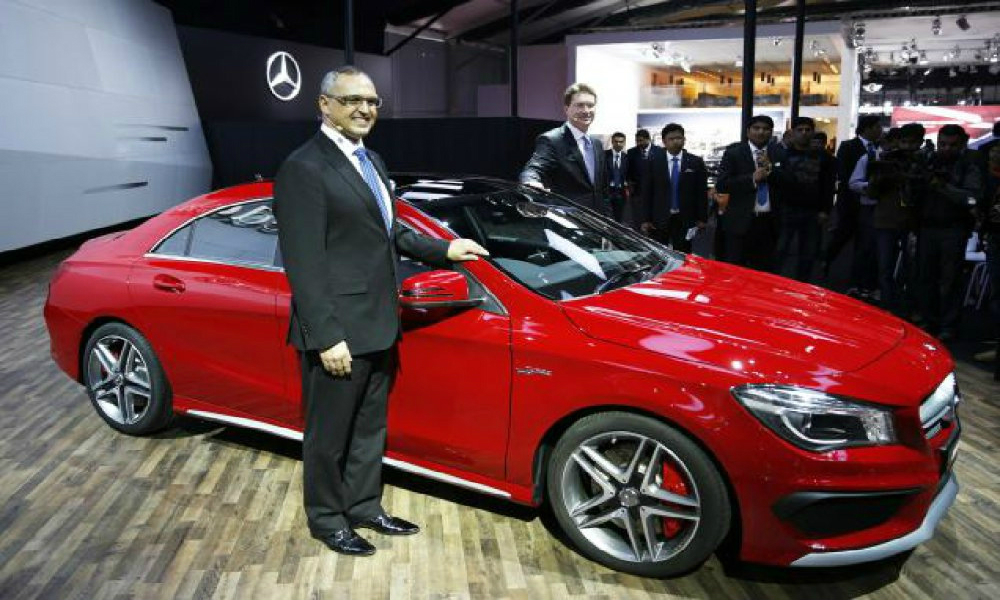 Mercedes-Benz CEO, Eberhard Kern: “We offer value to our customers.”

That strategy must have worked, as the year 2014 has been termed as the ‘Year of Excellence’ by Mercedes-Benz. India sales grow by 16%, so the country is totally supporting the idea. There are currently 39 showrooms across 36 cities in India, which is the widest among luxury car makers.

In India, the SUV is the best seller, closely followed by the compact cars. Especially because the waiting time is quite short, as the A and B-Class are manufactured in the local plant. Spread over 100 acres at Chakan, Pune, the Indian plant started out in 2009 as an independent facility for passenger cars. Currently, it is rated as one of the top-most global plants to assemble CKD (Completely Knocked Down) units. As unfamiliar as it may sound for the usual customer, the CKD is the fully disassembled vehicle. The government in India imposed high taxes on the CBU vehicles (Complete Built Up) to encourage foreign car manufacturers to produce models on Indian territory. So, as we were saying there are 15 models built up in India, among which we mention few:

Mercedes-Benz found a great expanding area in India. The German company also estabilished its largest research and development center outside Germany with the launch of the one in Bangalore, back in 1996. There are 1,200 people working there right now and the center is planning to increase that number up to 1,600 by 2017.