Dieter Zetsche gets some pocket money

Yes, Dieter Zetsche has got reasons to go smiling all the way to the bank! The record car sales bring some extra money to the Daimler CEO. Daimler decided to raise Dieter Zetsche’s pay by 1.4%. It may not sound like much, but the German’s income for the previous year raised by 110,000 euros.

If you have ever wondered how much money the Daimler CEO makes per year, there is your answer. From 8,25 million euros in 2013, Dr. Z’s yearly income went up to 8,36 million euros, states the automaker’s financial annual report. Zetsche’s base salary of 2 million euros, stays unchanged. 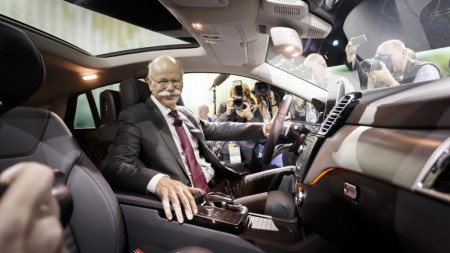 And yet, this is not all the money that goes into his bank account. In addition to his salary, Zetsche’s income comprises a short-term bonus of 1,73 million euros, a medium-term bonus that is payable by 2016 and depending on the sales performance and a long-term variable compensation including stock options.

It is lucky number 13 for Mercedes-Benz, since they gained a 13% sales increase, with 1.65 million vehicles sold in 2014, more than ever before. The biggest demands were for the S-Class limousine and for the compact cars such as the GLA crossover.

The perspectives are quite promising for 2015, too. They already reached a never before reached sales figure in January. Marching towards profit, it was a 15% increase with 47 693 ordered automobiles across Europe and a 9% increase in the U.S. with 24,619 vehicles sold during the first month of 2015. Read more about Daimler’s financial succes!

Dieter Zetsche is the Chairman of Daimler AG and Head of Mercedes-Benz Cars ever since 2006. He is a Turkish-born German business man, who saw the light of day in 1953, in Istanbul, while his father was temporarily based there for a construction project. The family returned to Germany by 1956 and young Dieter attended school in Oberursel and studied electrical engineering from between 1971 and 1976 as a student in the University of Karlsruhe. 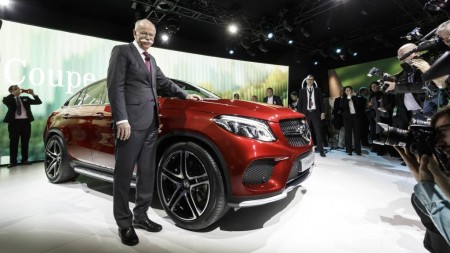 After graduation, he joined Daimler-Benz and, six years later, he got his doctor degree in Panderborn. It took him 12 years of diligent work to join the DaimlerChrysler Board of Management.

Since 1st of January 2006, he played the part of the Chairman for DaimlerChrysler (now Daimler AG).

In 2006, Time Magazine short-listed him in the most influential 100 people in the world ranking.

In 2008, he was awarded “Entrepreneur of the Year” in Germany.

Zetsche has been married with Gisele for 33 years and is the father of two sons and one daughter.