Novak Djokovic won the ATP World Tour Finals, sponsored by Mercedes-Benz, without even playing the final. Due to an injury, his final rival, Roger Federer, chose to step out right before the epic battle.

Just minutes before the exquisite World Tour final in London, Roger Federer’s announcement shocked everyone in the O2 Arena. People were expecting a turf war between the two titans, but Federer showed up on court just to say he would pull out of the competition sponsored by Mercedes-Benz, due to a back problem. Pills and injections had no effect on him.

“It’s been an extremely difficult decision because I love playing in London and the ATP World Tour Finals have been an absolute highlight of my career”, Federer said. “I hope all tennis fans and those involved in the event will understand.” 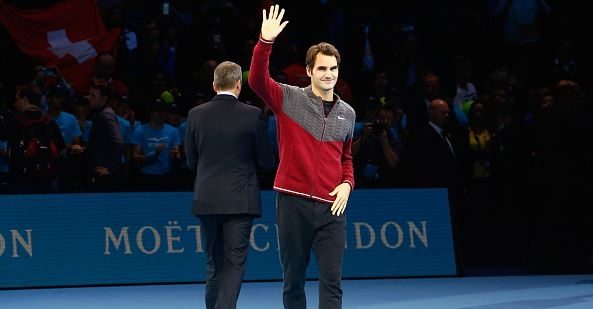 Roger Federer pulled out because of a back injury, minutes before the final

They understood and almost did not miss a real final much. Instead of the Swiss, the Olympic champions Andy Murray stepped in to put on an exhibition show against the world’s number one.

Even though they had a show to watch, 17 000 spectators are getting their money back.

The claimed king of clay Novak Djokovic has 31 trophies won indoor and three consecutive titles in the World Tour Finals. That is a first after Ivan Lendl’s three consecutive wins almost two decades ago (1985 – 1987).

It is going to be a very tough week for Federer, who is expected to play the Davis Cup final against France next weekend.

Mercedes-Benz is the Official Car provider and Platinum Sponsor of the tournament played by best of the best eight tennis players in the world. Mercedes-Benz considered the venue a perfect match. “Mercedes-Benz is proud to be part of this prestigious competition”, said Marcus Breitschwerdt, President and CEO of Mercedes-Benz UK, after having signed the multi-year agreement with ATP, exactly one year ago. 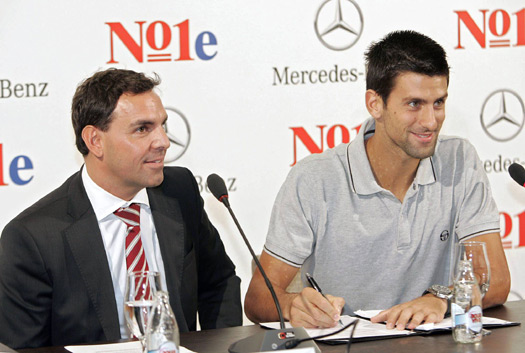 Djokovic signed a deal with Mercedes in 2011

But Mercedes-Benz – ATP partnership began back in 1996 and the starred brand became the “Official Car of the ATP”. The German brand provides official transportation at the ATP tournaments, displays the latest car models and places the star logo on the nets.

For this year’s event, the luxury automobile manufacturer has provided a premium fleet of cars, starring the top celebrity, the new S-Class Coupe, as the official transportation of the tournament.

This year’s winner, Novak Djokovic signed a sponsorship deal with Mercedes-Benz in 2011 and became brand ambassador of the German manufacturer. The Mercedes reps said they chose the Serb for his charisma and outstanding sports achievements.

Five star celebrities joined, as spectators, the tournament sponsored by Mercedes. The Chelsea manager and former double Champions League winner Jose Mourinho was in the stands at the O2 London Arena. “I sold my car to sit next to The Special One”, says the loyal fan behind him. 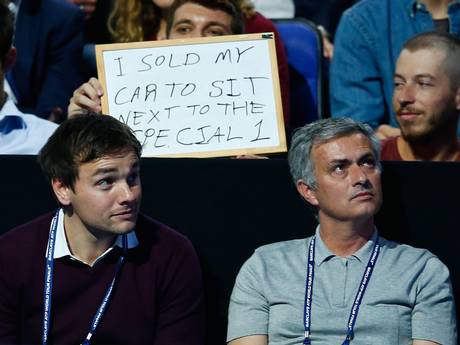 Jose Mourinho, a spectator at the O2 Arena