The Stuttgart-based company has celebrated on Thursday the groundbreaking ceremony for a new car plant in Brazil, where it’s investing 500 million reais, meaning $183 million to build models like C-Class and GLA-Class.

The new Mercedes-Benz plant will be located in Iracemápolis, near Sao Paolo and it will start production of the C-Class sedan in the first quarter of 2016 and the production of the GLA-Class will follow a few months later. Therefore, Mercedes-Benz will join BMW and Audi in establishing production in Brazil taking advantage of an expected growth of the luxury car market. 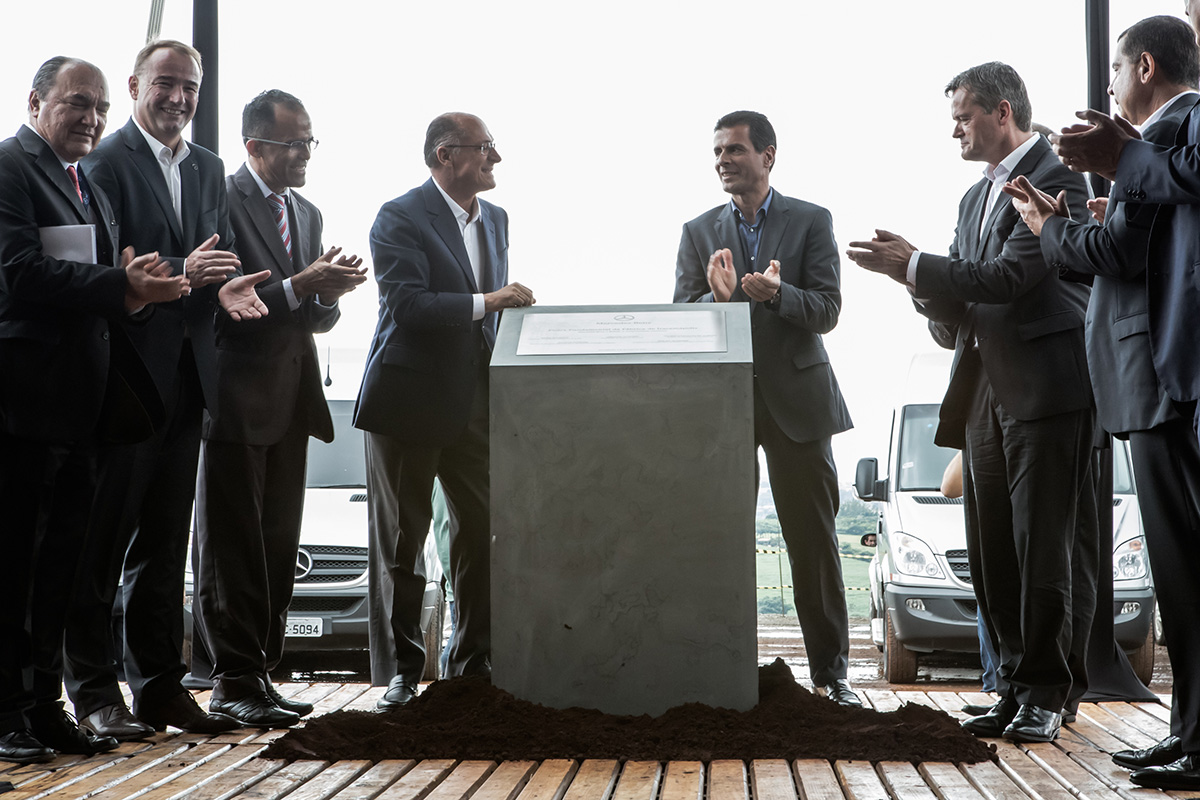 The Iracemápolis plant has an annual capacity of 20,000 vehicles. Mercedes-Benz invested a total of BRL 500 million and until the start of production, about 600 new jobs will be creating at the factory and more than 3,000 people will be employed in the region predominantly with suppliers and service providers.

For recruiting employees, Mercedes-Benz will cooperate with SENAi, the Brazilian national service of industrial training. The recruitment process will focus on the Iracemápolis region and it will start trainings in the first half of 2015.

Markus Schäfer, Member of the Divisional Board Mercedes-Benz Cars, said that “In the first stage, we are aiming for an annual capacity of 20,000 vehicles. If the market will develop as hoped for, the plant has the potential for a further significant expansion in the future.”

Brazil is the fourth largest world market after China, USA and Japan with 3.3 million light vehicles sold only last year. The premium segment represents only 1 percent mainly due to heavy tariffs levied on imports.

More importantly, Iracemápolis plant’s level of automation will be significantly lower than in other traditional Mercedes-Benz plants. Markus Schäfer commented that the focus will be on Mercedes-Benz employees, which will make Iracemápolis one of the most flexible plants the global production network.