In 2016, Mercedes plug-in hybrids and EVs will charge wirelessly

It’s not that buyers of an electric or a plug-in hybrid Mercedes-Benz are too lazy to use the cable to charge the batteries of the car. This is something that petrolheads try to make fun of, while they forget how messy it is to refuel a car at a gas station.

Wireless charging is a pretty new idea in the EVs world and it brings some unexpected advantages, mainly the confort of dispensing the cables and saving time and effort. The process of charging the battery wirelessly is very simple and is based on the induction process of coils: the electricity in a coil creates a magnetic field that can produce electricity in a coil nearby.

The first Mercedes-Benz model that will be offered with the new wireless charging technology is likely to be the new Mercedes-Benz S 500 Plug-in Hybrid. The system consists of a charge pad placed on the floor of the garage or parking space and is pluged into the main socket in the wall. To the underside of the engine bay of the car there is a car pad, with no connections or cables. 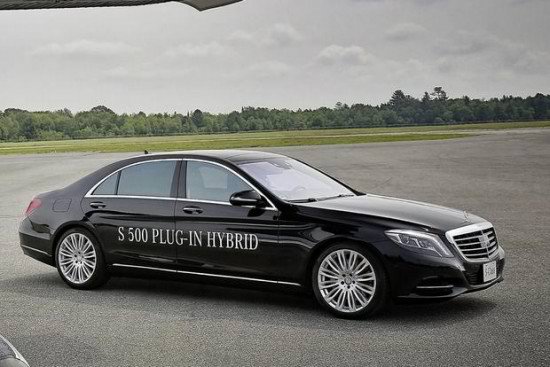 When the car approaches the charging pad, it illuminates, while on the central display of the car there are two lines that help the driver to perfectly align the car pad to the charging pad, for an optimum charging. When all is set, the green light notifies the driver that charging process has started automatically. No more cables or time wasted, the battery of the S 500 Plug-in Hybrid only takes 2 hours for a complete charge.

Mercedes-Benz is working with the rival BMW to try an create an industry standard for the wireless charging technology, so that in the future the charging pads could be used by any car. Anyway, it looks that in just two years from now owners of Mercedes-Benz S 500 Plug-in Hybrid could opt for this system.