The Mercedes-Benz GLE has become the Experimental Safety Vehicle. The study car will be officially presented at the ESV convention in Eindhoven, Netherlands, in June, and at the Frankfurt Motor Show in September.

With a plug-in hybrid drive system, the Experimental Safety Vehicle is a preview of the future safety technology that will make its way to the series production vehicles. The Mercedes-Benz GLE, introduced in the fall of 2018, with futuristic safety features is a fully autonomous concept. In self-driving mode, the steering wheel and the pedals retract in order to reduce the risk of injury in case of a crash. It is a solution that allows the car maker to install the airbag for the driver directly in the dashboard. 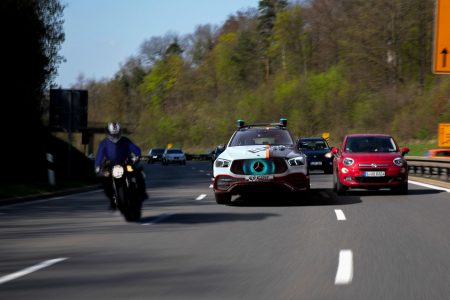 The focus is also on the children onboard, as Mercedes-Benz develops the Pre-Safe Child system. The mechanism integrates the seat belt of the child seat preventively tensioned to reduce belt slack and side-mounted impact protection elements automatically extended. The seat also integrates a system that monitors the child’s vital signs. 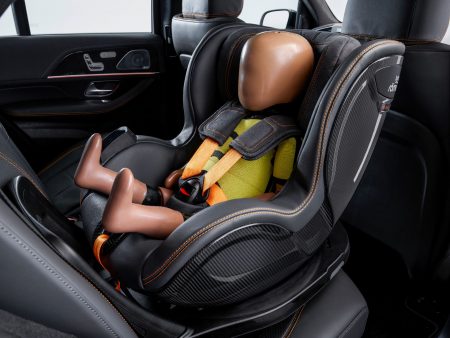 Based on sensors and video cameras, the Active Brake Assist system is capable of detecting pedestrians and cyclists around corners. If the system identifies a possible impact with a pedestrian or cyclist, a visual and audio warning is deployed. In case the driver fails to react, the car autonomously brakes. 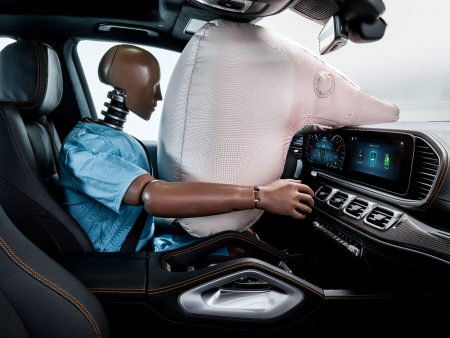 A new inflation concept of the airbag enables it to deploy and position itself best to protect the passengers. USB belt buckles and belt heating will motivate rear passengers to stay safely and firmly secured in their seats.

The Mercedes-Benz GLE Experimental Safety Vehicle is also equipped with a front grille that displays messages to inform other traffic participants of its intensions. In case of a road incident, a robot comes out from the rear of the vehicle and positions itself on the road as a warning triangle. 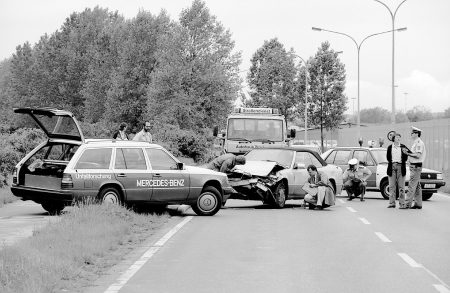 In order to further develop in the safety sector, Mercedes-Benz has been collecting data from real accidents for the past 50 years. The Real Life Safety philosophy includes simulations and crash tests as well, but also legal requirements and published ratings.