Exactly 20 years ago  the brand new at that time first generation Mercedes A-Class rolled over after a non standard test named elch test. Michael Specht from Automobilwoche realized an interview with Juergen Hubbert, former Daimler executive.
In November 1997, a small swedish magazine, Technische Varld, has made a non standard stability test with the brand new at that time first generation Mercedes A-Class.
This test was named elch test and Mercedes A-Class rolled over during the test. The high centre of  gravity of the innovative sandwich platform on which Mercedes A-Class was built and the soft walls of the tires. The scandal affect very hard Mercedes image and the A-Class production was immediately stopped.
It was one of the deepest crisis at Mercedes in the last 30 years. 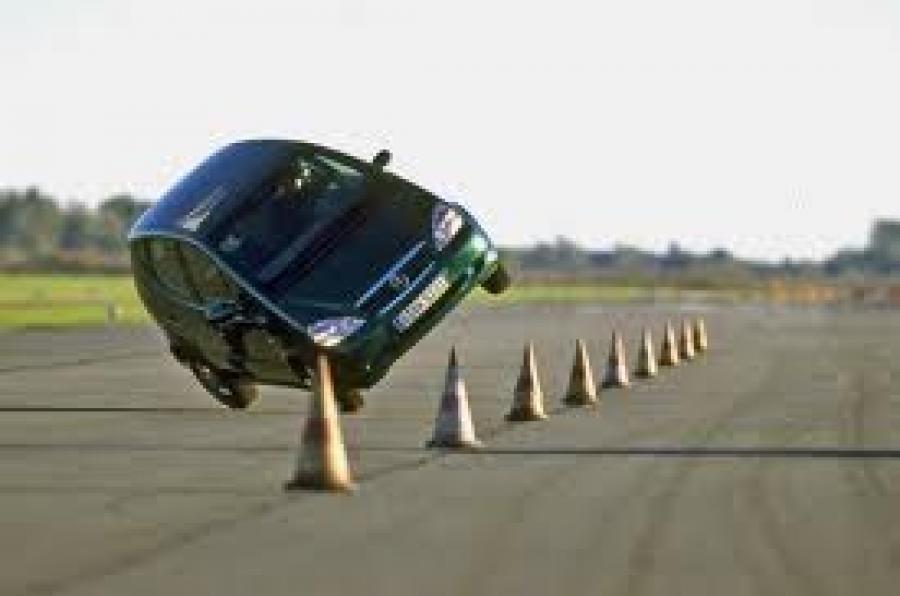 Mercedes reacted very proffesional and has adopted some modifications to the A-Class chassis. The suspension was recalibrated and the ESP has became standard in every A-Class and in any other Mercedes model range.
In February 1998, the journalists were invited to Barcelona to test the modified A-Class during elch test. I was one of 1,000 journalists presented at that event. A-Class passed very safe elch test. Since then, the elch test has became a standard procedure in the industry.

In the end, the A-Class crisis had also a good part. The ESP became standard in all Mercedes models and later the ESP has democratised in the car industry.
Michael Specht from Automobilwoche realized a very interesting interview with Juergen Hubbert, former Daimler executive in charge with technical development.

Here are the main interesting Q & A. You can read the full interview here.

Were the moose test and the A class’s problems the greatest debacle in Mercedes’ history?

At least in my time, there was nothing comparable

Were soft tire walls the reason for the A class’s rollover?

The tires fundamentally played a subordinate role. The problem was rather a combination of the position of the center of gravity and the chassis adjustment in an extreme driving situation.

Were you familiar with the moose test?

We really did every test that you can imagine. But we weren’t the only ones who were unfamiliar with the moose test, an extreme slalom at a high speed.

When did you first hear about the rollover?

At the introduction of the Maybach in Tokyo. The news from Sweden reached us there during the press conference.

What did you think at that moment?

I thought this is bad, because we have put years of work into this car. But I had not thought it possible that the matter could reach this point and trigger worldwide reactions.

What happened in Tokyo at the time?

We changed our plans and flew back on the same day. We sat on the floor of the 747, the board member and the division director, and discussed what the cause was and what we could do.

What was your crisis strategy?

To go to the public with the whole truth. That was one key to success.

What did that mean?

A recall of all 17,000 A class cars that had been built, conversion to ESP, and then a relaunch with ESP as standard. That was a first for the compact segment.

What did CEO Juergen Schrempp say about this?

I explained to him what our goal was. The discussion went back and forth quite intensely. But in the end, he said: Do it! Decisions of this scope require the chairman’s agreement.

Current Daimler Chairman Dieter Zetsche was development chief at the time. Was his job jeopardized by the debacle?

No, we were a team. But at the time, as the responsible board member, I offered my resignation.

How did Schrempp respond to your offer?

His answer was: That’s out of the question. Fix it.