The Mercedes-AMG watch: What time is it?

Ten years have passed since the IWC Watches started ticking for Mercedes-AMG, too. So now, the supercar maker and the watch builder are celebrating their decade-long commitment.

IWC Watches and Mercedes-AMG are now introducing the new “Ingenieur Automatic Edition AMG GT” at this year’s Goodwood Members’ Meeting, the event where a very unfortunate classic Mercedes-Benz crashed against a classic Jaguar, just as unfortunate.

Limited to only 25 pieces, this watch paying tribute to the Mercedes-AMG GT, is the first one worldwide to feature a case made of pure boron carbide, one of the hardest and most scratch-resistant materials ever known to man, but it is as light as the aluminium. Just so you get the idea, the very same material is used for making tank armour. 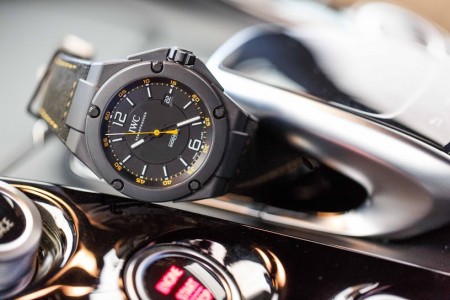 The limited edition watches feature an elegantly combined black and yellow design, reference to the already famous AMG GT exclusive “solarbeam” paint, while the rubber strap comes with yellow lock stitching and black Dinamica micro-fiber inlay, resembling the steering wheel and the seats of the sports car launched this past September in Paris. 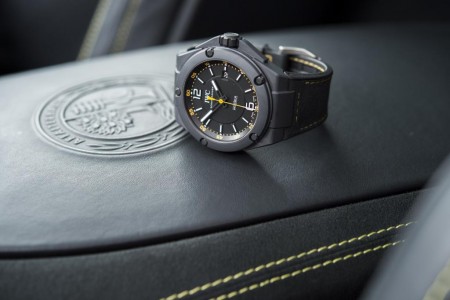 The sport-focused watch made by the Swiss company was presented at the Goodwood circuit in the United Kingdom, where – just for the fun of it – Mercedes decided to put three totally different cars from various moment of the Mercedes history in the hands of three high-profile drivers. 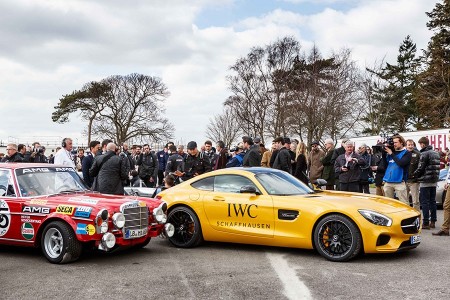 The AMG GT ran controlled by the very skilled hands of the former Formula 1 racer Karl Wendlinger up against the Mercedes F1 W04 driven by another F1 driver, the British Anthony Davidson and the very first AMG racing car, the AMG 300 SEL 6.8, with the former Formula 1 star Jochen Mass behind the wheel. And, as previously mentioned, it was just for fun, so all three crossed the finish line at the very same time. Photo finish that is…